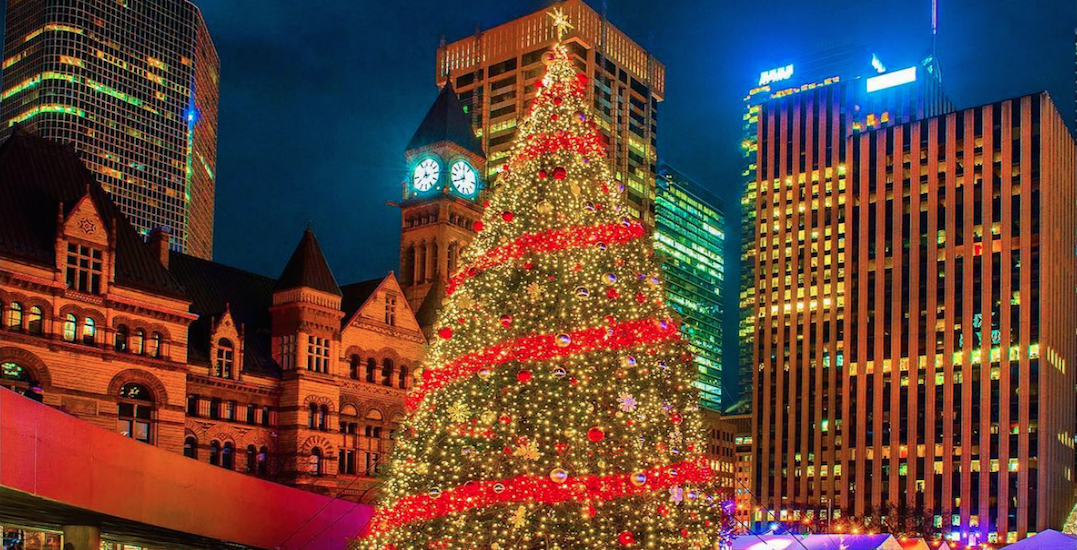 Tis’ the season for everything Christmas in Toronto.

From Santa to carolers, and holiday markets to , there is something for everyone. Naughty or nice, these events are for you!

What: If you’ve grown a little tired of the hustle and bustle of the holidays, you might want to pay Toronto’s Black Creek Pioneer Village a visit this December to experience the Village’s annual Old-Fashioned Christmas. Here you can experience the sights and sounds of an authentic Victorian Christmas as you discover old traditions and perhaps even start some new ones of your own.

What: The cutest and coziest holiday pop-up is happening at a lavender farm just one hour north-west of Toronto this month. In addition to fashionable farm animals, look forward to sipping lavender apple cider around a fire pit, wandering through a forested trail, and shopping the farm store for essential oils, teas, and lavender teddies.

When: December 9 & 16, noon until 7 pm
Where: Along Main Street from Brown Street to Commercial in Milton

What: The National Ballet of Canada brings back the classic to the stage, with a multilayered version of the famous ballet. Choreographed by the National Ballet’s former Artistic Director James Kudelka, the spectacular re-imagining has been welcomed by audiences of all ages.

When: December 9 to 30, various times
Where: Four Seasons Centre for the Performing Arts, 145 Queen Street West

What: Come through this holiday social and enjoy complimentary African Canapes, Caribbean snacks, cassava pone, and Black cake, then fill up on a festive menu created by Toronto’s newest African Restaurant’s Kiza!

What: Frank Constanza’s legacy lives on with a holiday dinner that’ll leave you without a single grievance to air. On the menu, a traditional turkey dinner with all the fixings!

When: December 25
Where: The Drake Hotel, 1150 Queen Street West

When: December 31, NYE exclusive dinner begins at 7 pm and the regular party runs from 9 pm to 2 am
Where:  100 Queens Park, Toronto