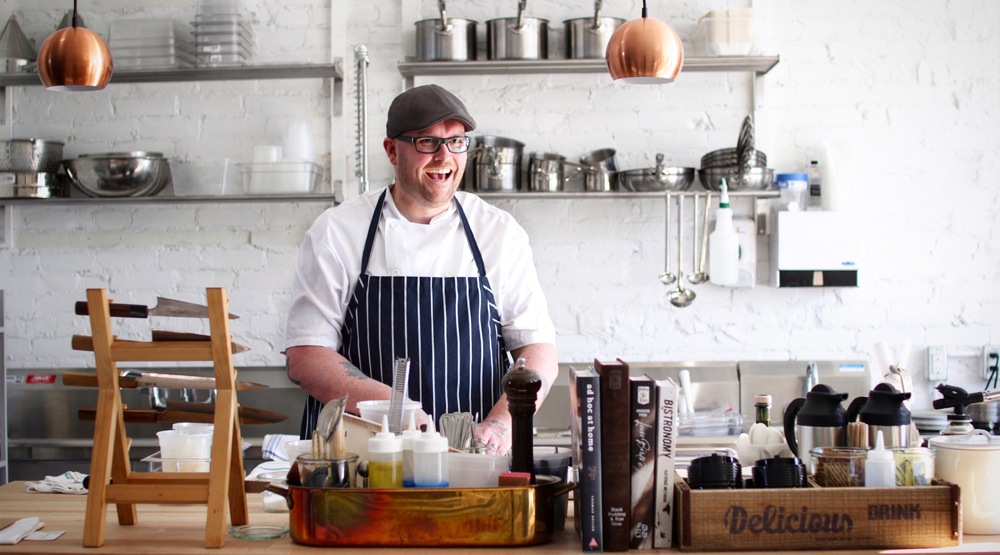 Hamilton’s food scene is on par with some of the top spots in Canada. If you haven’t heard, more and more chefs from Toronto are now cooking in the 905 – turning heads and filling stomachs of locals and visitors alike.

We asked 6 former Toronto chefs why they decided to join one of Canada’s hottest culinary scenes. 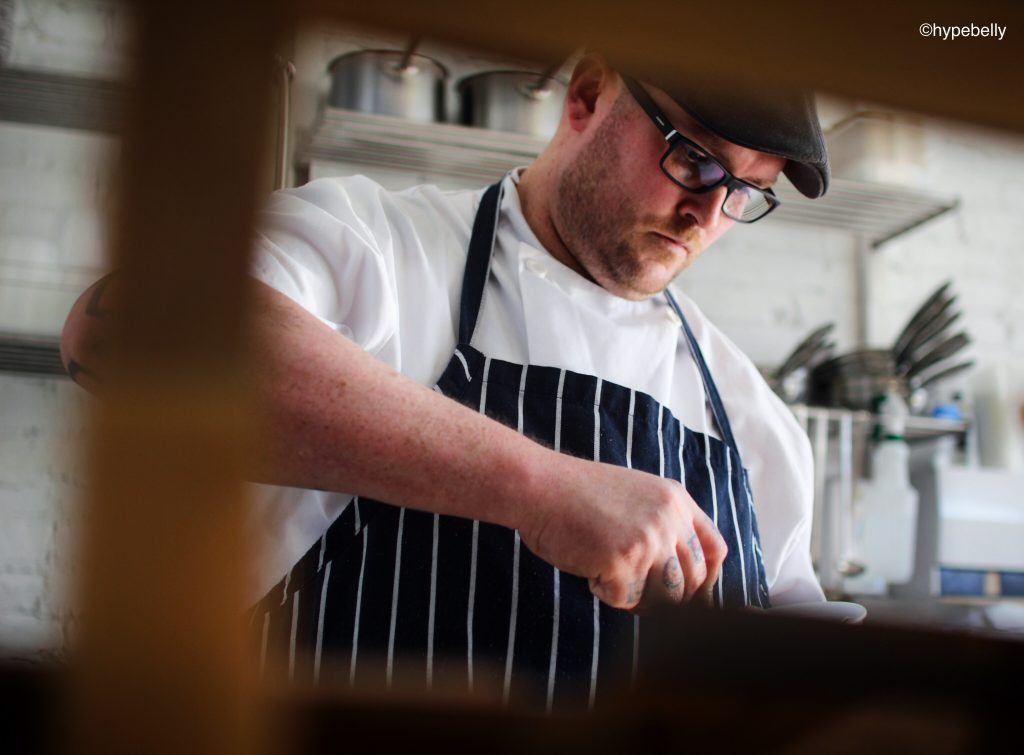 The Restaurant: Thursday through Saturday evenings, The Heather (357 Barton Street East) serves a 7-course tasting menu to 12 guests. During the day Monday to Saturday, The Heather offers up homemade baked goods, breakfast and lunch, ending the week with Sunday brunch.

The Reason: “I was most recently at Portland Variety. I left there to move to Hamilton and build The Heather with my wife Meg in May. Other mentionable spots I’ve cheffed are Catch on St. Clair and Simple Bistro on Mt. Pleasant. Hamilton truly has the best of both worlds – it feels like a small town within a city. This resonated with my wife and I as it reminded us of our hometowns but with all the conveniences of a big city.

Hamilton is easily commutable to Toronto, offers plenty of green space to explore and has reasonable housing for young families like ours. Opening The Heather on Hamilton’s Barton Street East allows us to be part of a transitioning community similar to the revitalization of Ossington or Parkdale.” 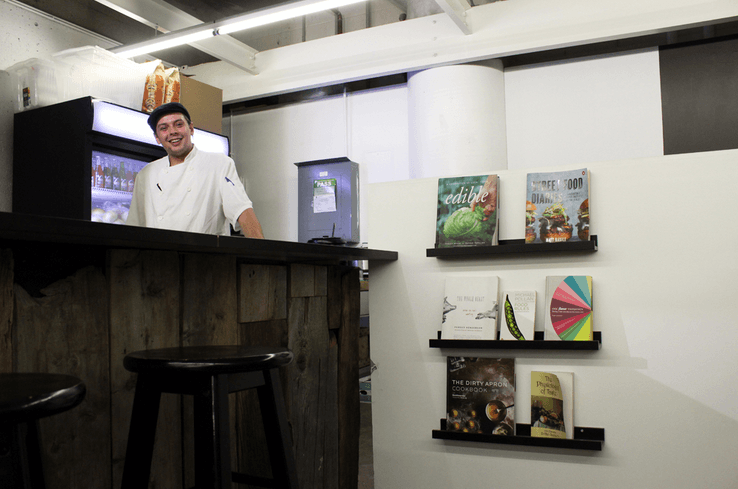 The Reason: “I started with Toronto’s McEwan group as a fry-cook at ByMark Restaurant. I then worked my way to a Jr. Sous Chef position under Executive Chef Brooke McDougall. I started my company with my business partner in 2016. The food boom coupled with the gentrification of Hamilton was a draw for starting a food business in the developing city.” 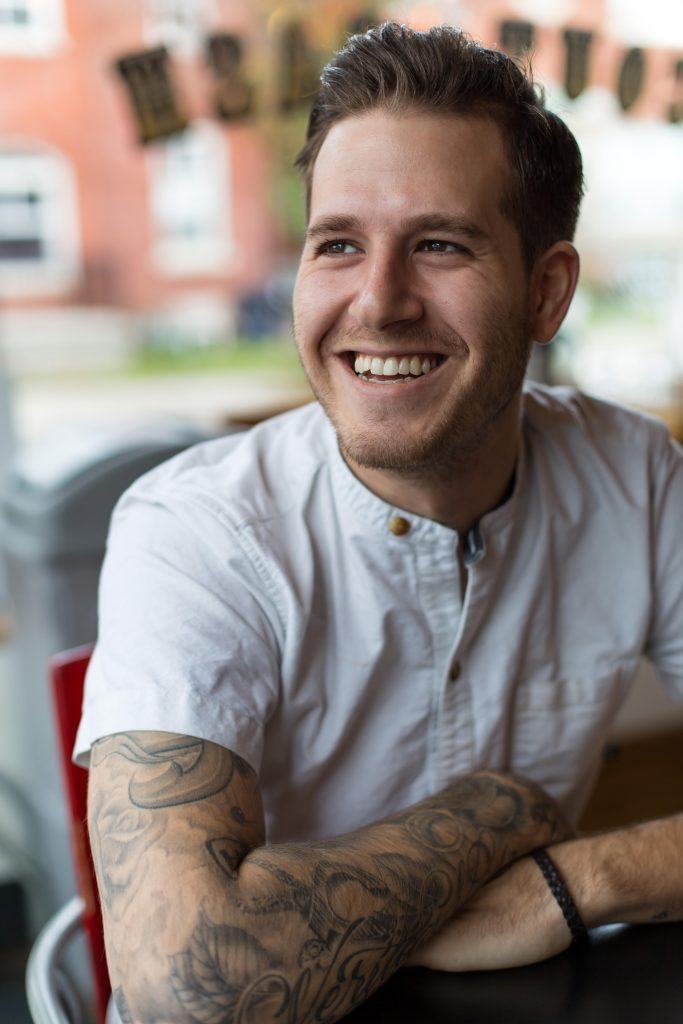 The Restaurant:  Celebrated for their sushi nachos, industrial decor, and ethos of “work hard, stay humble,” Chef Hennick’s creativity is evident in his menu and his restaurant design at Nique (30 Vine Street).

The Reason: “I had just quit my previous job after being offered financing to open a restaurant. The financing fell through, but the fire was lit. I quickly realized Toronto wasn’t really a place I wanted to even try opening a restaurant.

Hamilton came up on the radar from its booming housing market. After a look into what was happening, it made perfect sense. I moved out here $30,000 in debt with a great business plan and no financing for a restaurant. We immediately fell in love with the city. Big City feel with small town vibe. The people, everything was perfect.

Pop-ups, social media, and 10 months later we were able to raise the funds all on our own and built our dream restaurant! I can’t wait to be part of the growth of the city, to see all the change that is about to come!” 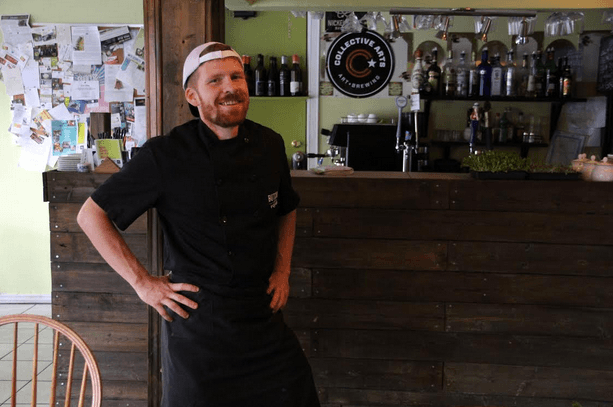 The Restaurant: Local, sustainable and ethical food is the idea behind Butcher and the Vegan (61 Barton Street East). The restaurant is focused on farm-to-table cooking, with all suppliers within a 100 km radius of Hamilton. From the finest meats to vegan haute cuisine, guests of all dietary restrictions can dine under one roof.

The Reason: “I’ve worked at Mezzetta, Eatertainment, Picnic and Centro. I moved to Hamilton around 6 years ago with the intent of opening a business. Not having any money besides the real estate we could afford to purchase upon moving here, the plan was to be able to leverage that property enough to find an affordable spot to open a restaurant, which we found at the corner of Barton & John.

I’ve always been a downtown person and love our location. I personally believe everyone prefers to go downtown for dinner and that the competition has to be there for the diner to have that sense of adventure (and hopefully some other entertainment options nearby). Being in an area with so many honest to goodness chef-driven spaces with so much variety and community events to showcase our wealth of talent is invigorating.” 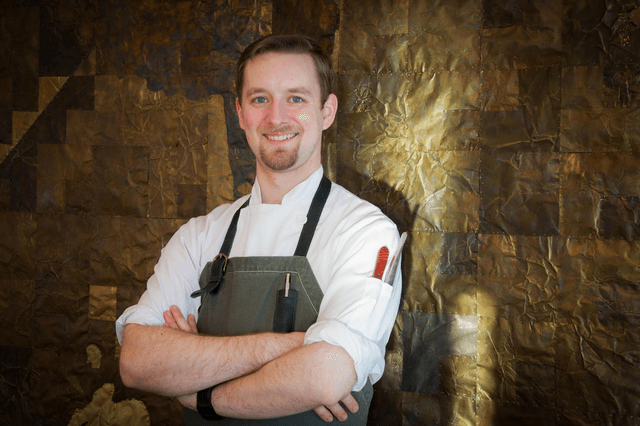 The Restaurant: The French (37 King William Street) is not your mother’s bistro: it’s a beautiful take on a French bistro menu (including brunch) in a gorgeous 1867 space- brought to you by restaurateur Jason Cassis of Aberdeen Tavern, Dundurn Market, and Knollwood Golf Club.

The Reason: “I loved my time in Toronto, both living in the city and working for Canoe. When I moved to Milton with my wife three years ago, suddenly I was spending two and a half to three hours a day commuting to and from work.  I love living in Milton and I loved working in Toronto, but one of the two had to give.

This summer I made the decision to move out of Toronto and started looking for great restaurant companies west of Toronto. Once I found Jason, Chef Matt Beasley (formerly of One) and The Aberdeen Tavern Group, I realised that this would be a great fit for me.  I’ve been blown away by the culinary scene in Hamilton and I am very excited about being a part of it as it continues to grow.” 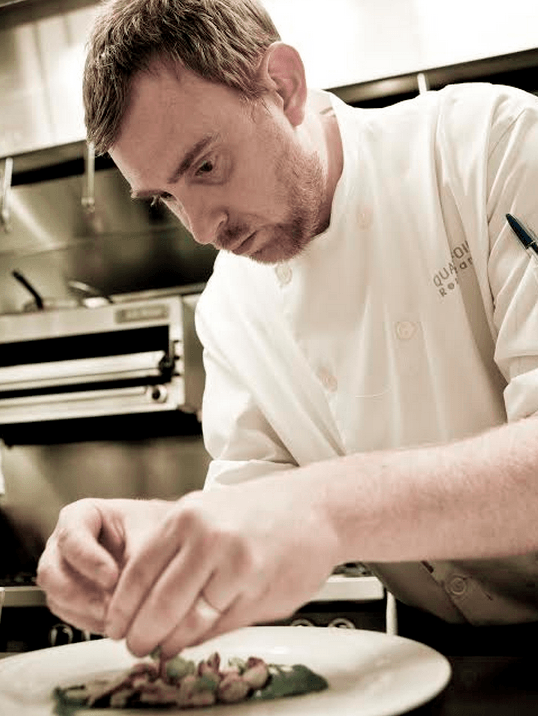 The Reason: “I grew up in Toronto, worked at Scaramouche, then London, England for a year and then went back to Scaramouche for another year. My wife, Georgina, and I decided to move to Hamilton because her family is here. I liked the idea of getting out of the city and working in a smaller market where costs are a bit lower and you have the freedom to create the type of restaurant you really want to have without a multi-million dollar budget.

Hamilton also embraces new enterprises and really gets behind them and takes pride in businesses here being successful. We love having two very different styles of restaurants and it really shows how Hamilton embraces all types of restaurants and how much the food scene has grown here, just in the last 5-10 years. We are extremely proud to be a part of such a booming restaurant scene, and feel as though we have been here since it all started, really.”