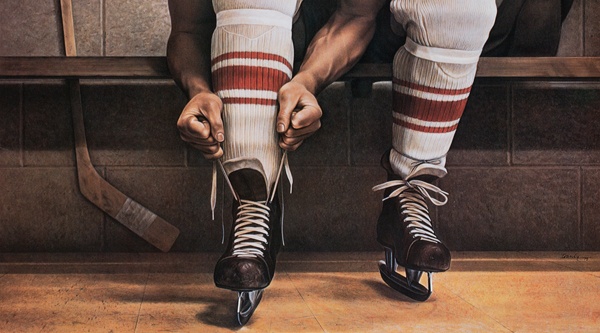 You’ll probably recognize Ken Danby’s “At the Crease,” the 1972 egg tempera painting of a nameless masked hockey goalie or “Lacing Up,” the 1973 egg tempera on wood depicting a faceless hockey player lacing up his skates.

While you may not know them by name, they have become images of Canadiana culture, representing our most beloved sport.

Beyond the Crease: Ken Danby is on view at the Art Gallery of Hamilton (AGH) to commemorate the tenth anniversary of the artist’s death. There are 72 pieces in the exhibit, co-curated by the AGH and McMaster Museum of Art’s Dr. Ihor Holubizky. All but five pieces are from private collections. 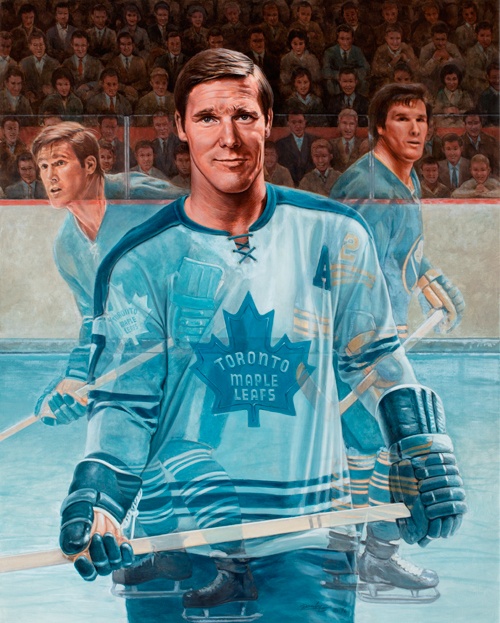 Known for his portraits, landscapes, and prints, At The Crease was the first time Danby realized sport could be a legitimate subject in his art.

He often depicted Western Canada or rural Ontario like the landscapes of Guelph (where he lived for 40 years) or the wilderness of Algonquin in oil, watercolour or egg tempera.

He painted portraits of family and friends but also public figures like Pierre Elliott Trudeau and well-known athletes. Tim Horton, Wayne Gretzky, Gordie Howe, Terry Fox, and swimmer Alex Baumann were just some of his subjects. 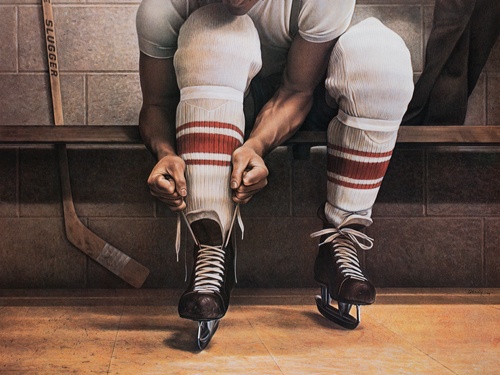 Beyond The Crease: Ken Danby