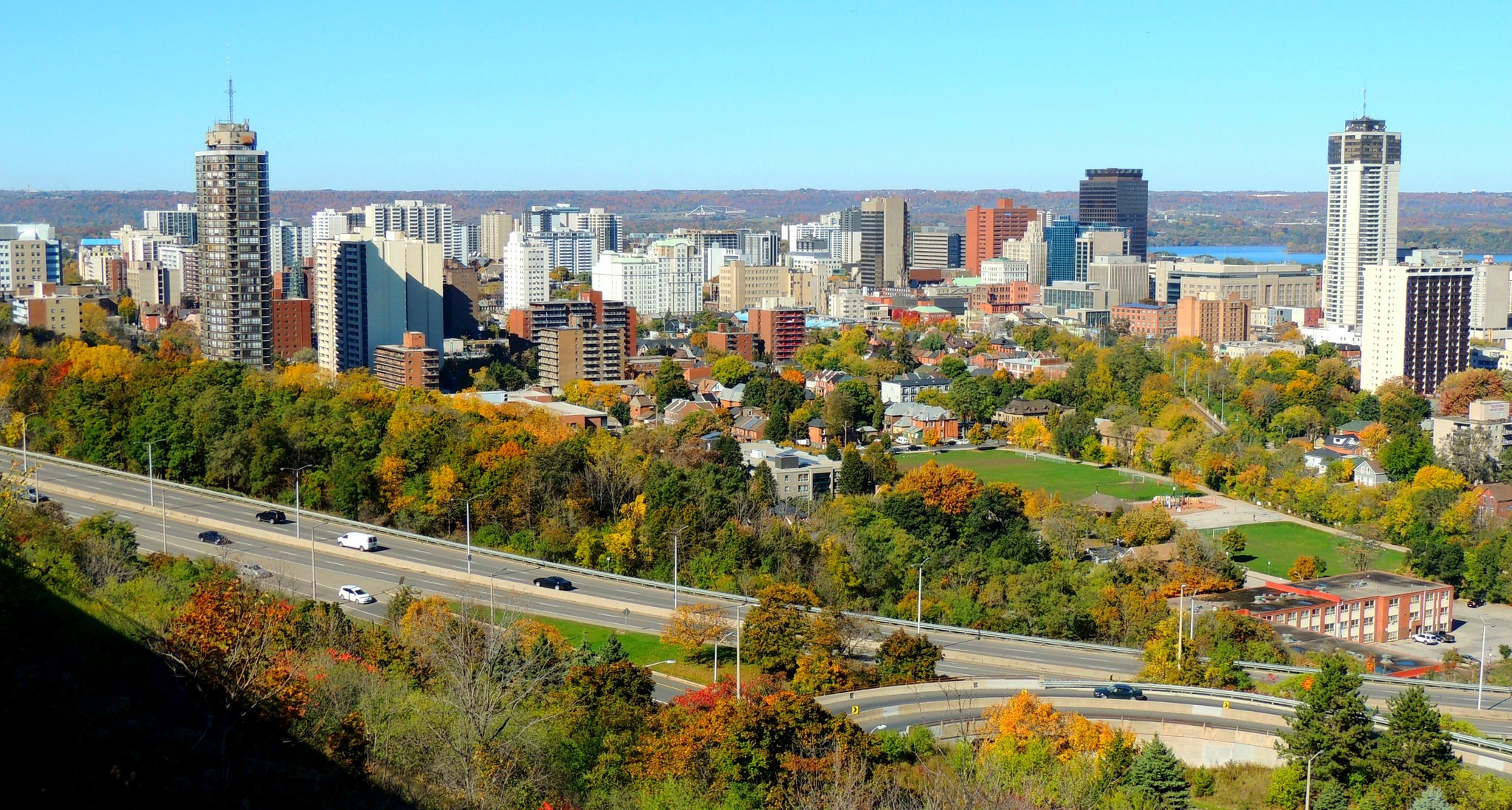 Real estate was a hot topic nationally in 2016.

And as the year comes to an end, Re/Max has released its 2017 Housing Market Outlook which highlighted 2016’s high demand and low supply that continues to characterize Vancouver and Toronto’s housing markets, resulting in higher home costs.

And while all eyes are on those two areas, another Ontario region has seen a massive jump in real estate in 2016. 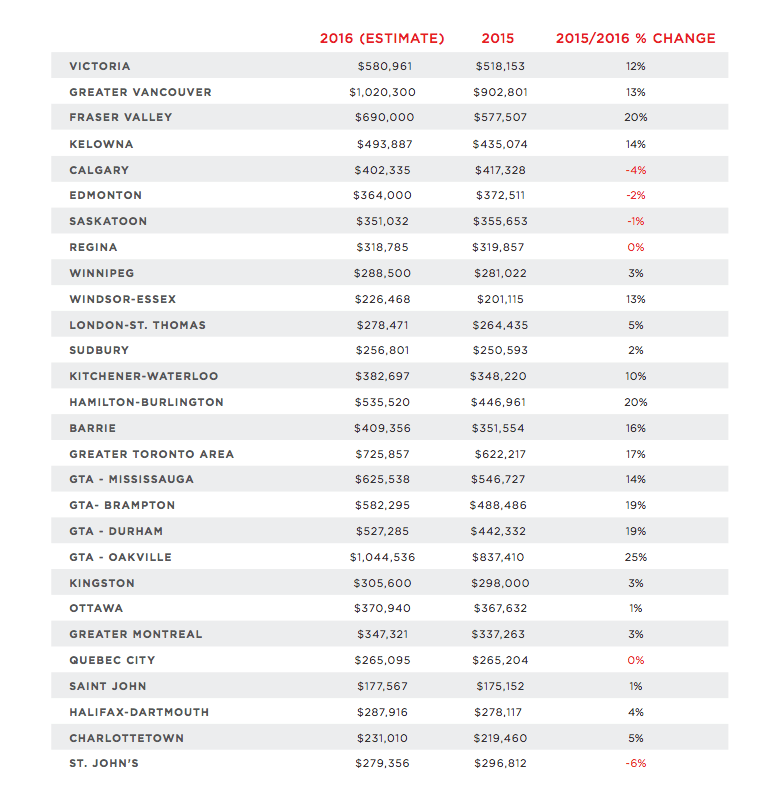 Hamilton-Burlington proved to the hottest market in Canada, seeing a 20 per cent jump over the past year. (Yes, we see Oakville there, but it’s considered part of the GTA as a whole.) The average residential sale price went up from $446,961 in 2015 to $535,520 this year. According to Re/Max, GTA first time buyers look for properties in the Hamilton and Burlington areas due to affordability. In Hamilton, older, single-family detached homes can sell around the $300,000 mark.

For their 2017 forecast, Re/Max also predicts Hamilton will have the biggest increase in price over the next year, estimating an 11% jump in home prices in 2017 – a full three points above the GTA: 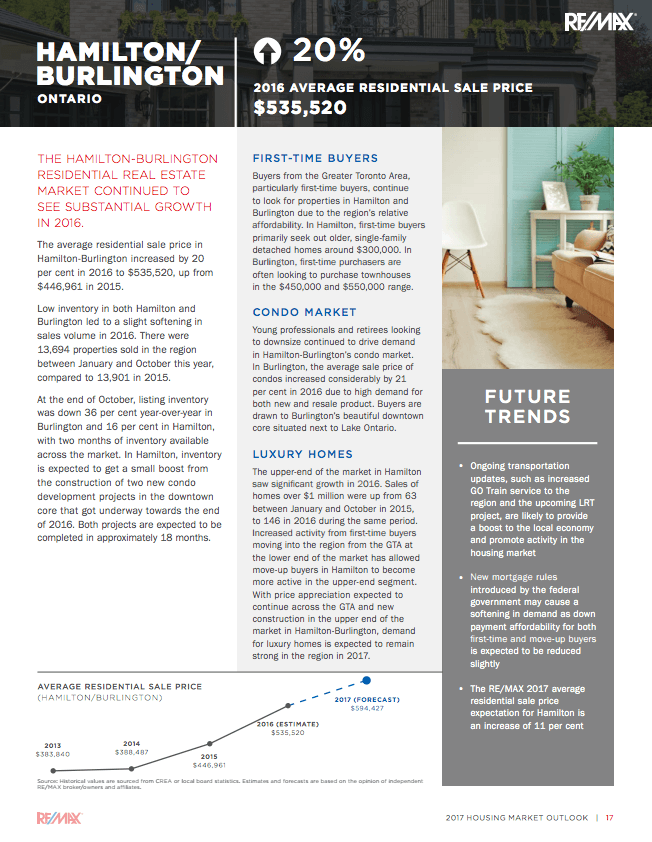 As you can see in the above graphic, ongoing transportation updates, such as increased GO Train service to the region and the upcoming LRT project, continue to make the commute to Toronto easier, which in turn helps the Hamilton market.

Meanwhile in Toronto, move-up buyers continued to drive demand in the market for single-family detached homes and this trend is expected to continue into 2017. Another continuing trend will be foreign-buyers, who will be more active in the next year.

So going into 2017, it certainly looks like real estate will remain a hot topic.

The only question now is where is the next Hamilton, and how far from Toronto will it be this time?