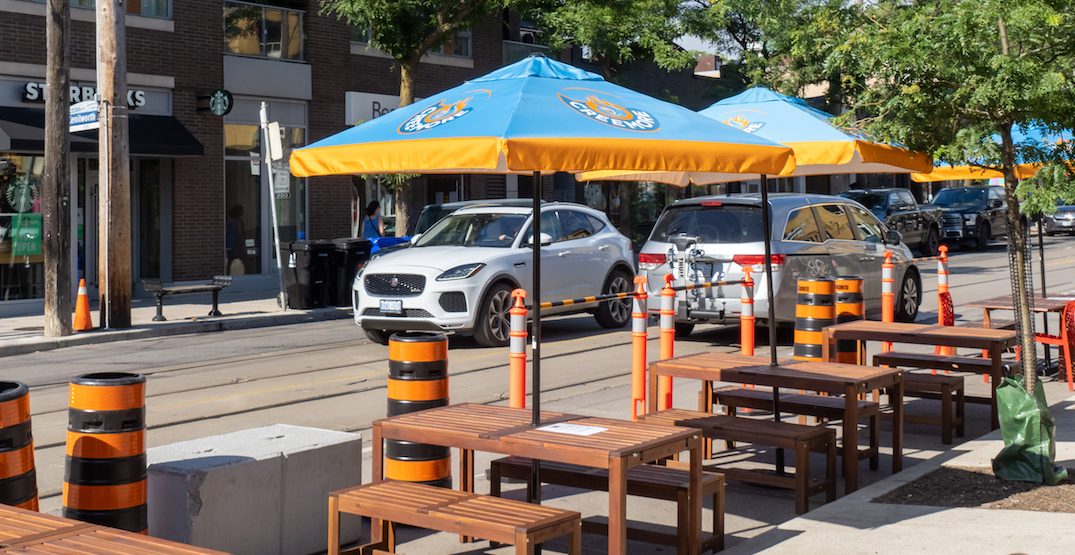 Toronto’s CafeTO program is coming to an end next month, and hundreds of restaurants will have to shut down their street-side patios.

The date has been set for November 10, according to Eric Holmes of Strategic Public and Employee Communications.

Though registered expanded sidewalk cafes can remain in place until April 14, 2022, curb-lane patios have got to go, said Holmes.

It was great to be on Gerrard St. East this morning to announce that the report coming to the upcoming Exec Committee recommends a plan to make #CafeTO permanent and waive fees in 2022.

CafeTO has helped so many small businesses and has made our neighbourhoods more vibrant. pic.twitter.com/P2vST8PEYw

“Staff have been actively working with BIAs, councillors and local businesses to communicate removal schedules in each area/ward for the past few weeks,” said Holmes.

Though it’s “so long” for now, the curb-lane patios could return next year, according to a report endorsed by Mayor John Tory.

The report recommends making CaféTO permanent and waiving permit fees for the program again in 2022 in an effort “to continue emergency support for restaurants and bars.”

Installation is slated to commence as early as May 2022, and the report also recommends the permanent, seasonal use of curb lane cafés by 2023.

“CaféTO is a clear example of doing everything we can as a municipality to help small businesses through the pandemic,” said Tory in a press release.

“There is overwhelming enthusiasm in favour of making the program permanent and to do so in a measured way that considers the many potential uses of public space going forward.”