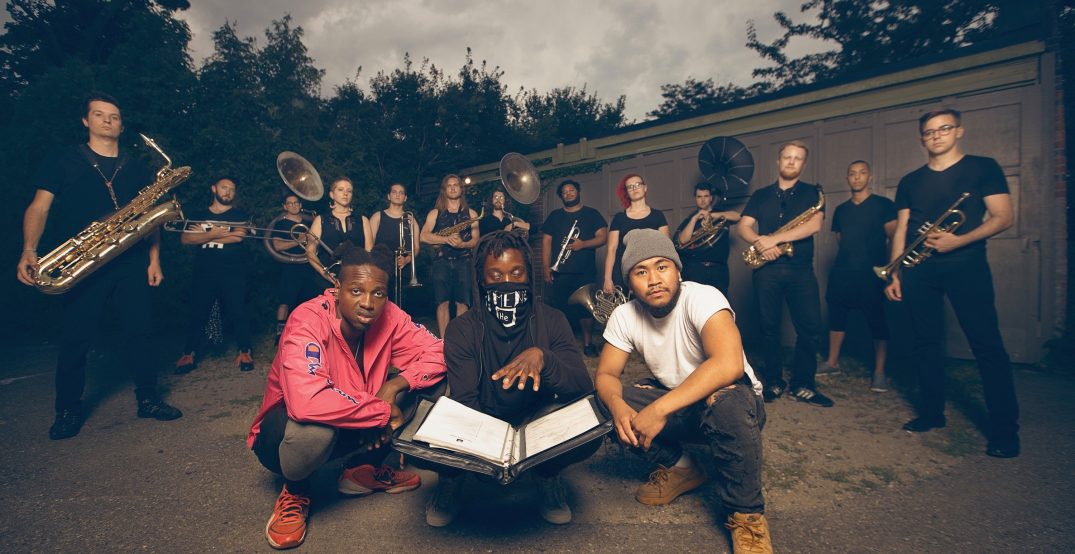 Music used to be more spontaneous and communal; further back, you could even call it tribal.

Bangerz Brass, formed in 2017, is Toronto’s only hip-hop brass band, led by three unapologetic MCs — Ayrah Taerb, Quincy Morales, Matt Somber — and predicated on a nonconformist mentality that constantly delivers the unexpected. There is something about their live show, which includes mosh pits, MC battles, and explosive instrumental breakouts, that feels like a throwback to a time when performances were about instigating a transcendent, collective experience. It smacks you with something that doesn’t feel quite polite but is still entirely Canadian.

In other words, it’s Toronto — personified.

“We’re built on community,” says Somber. “When we have our performances, if there is someone that we see who also does music, we ask them to join and perform with us.”

There is no divide between the audience and the stage. Instead, the energy becomes a swirling, symbiotic exchange. From the second that Bangerz Brass starts playing, you feel the rise of excitement among the band members as much as the pace of the crowd responding, until the venue becomes a unified pulse. 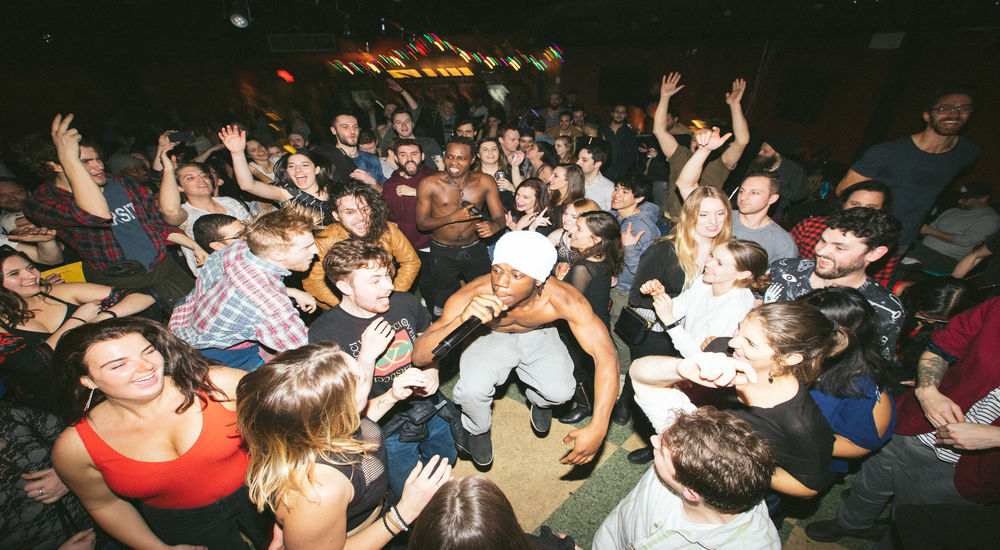 “All of the songs are sing-alongs,” says bandleader and alto sax player Christopher Weatherstone, “and that’s not to be cheesy, it’s because we want people to have the experience of screaming their hearts out and being involved.”

Their album pre-release on Friday, May 24 at The Garrison promises to be nothing short of a high-intensity unleashing, like the scene from Jumanji when the animals charge into the city streets. A Bangerz Brass show is a balance of big marching band-esque energy that consumes you in a righteous swell of sound and a lyrical feast for the soul.

“You will leave feeling better than you came, like you ate a fucking meal,” says Weatherstone. “Onstage, we work hard, expect nothing, and give!”

“You’re getting a whole bundle from one crew,” adds Somber about the MCs. “I’m high-energy, jumping in the crowd, Quincy is speaking for the people, and Ayrah is taking everyone down to a spiritual level.” 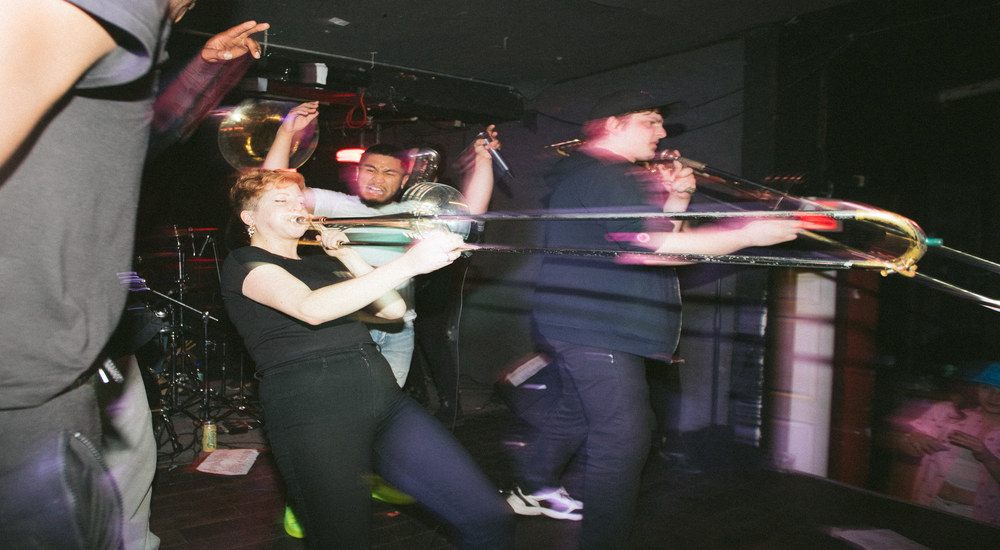 As different as they might be in their approach, each MC uses their voice to share personal stories and spread love to the crowd.

“When I perform, I think of all the hard work like struggling to find a job or struggling to be at home, and I can finally see what I’ve been working towards,” says Somber. “When I get onstage, I’m with warriors and I know we’re in it together. How we feel, we want everyone to feel.”

Hip-hop — at its core — is iconoclastic. Music has always been emotionally-charged, as it transcends the barriers of language, and instead, reveals our commonalities — the shared triumphs and pain of the human experience — through a connection to rhythm and beat.

When Weatherstone conceptualized Bangerz Brass he had a vision for how music could morph in Toronto by pulling hidden talent from insular communities. He figured that if he could compel people from different backgrounds to enjoy hip-hop with brass, he could expand the lives of the artists involved by reaching across genres to capture attention on a global scale. The path to victory, for him, is through the sheer momentum of something undeniably necessary.

First, he had to take a chance and sweep hip-hop artists to the forefront of a raucous brass band. Second, the band as a whole had to stand for something meaningful in a disconnected and often unjust world. 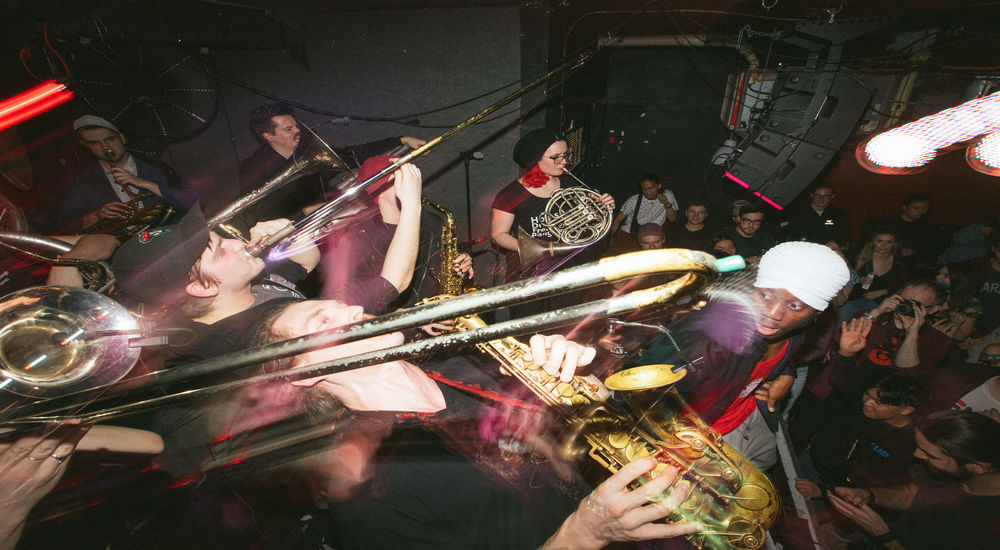 The latter is a reminder that much of modern musical culture is produced by companies that don’t see themselves as activists or instigators of a better future. Bangerz Brass, from day one, was never going to be a soulless act built on wobbly stilts of indifference. They were going to show up — to rallies, the streets, and stages — to be loud, speak truth, rep community, and get paid properly.

“There is so much amazing musical culture in Toronto and so many talented artists,” says Weatherstone. “I want Bangerz to shake things up. I want more people to link up and form new, big creative things by putting different genres together. I want more people to busk. And I want to redefine the standard of how artists are treated and respected.

“I want Bangerz to be so successful that it shows people that they can take an idea and do it their way, all the way.”

The third touchpoint, it seems, in the making of Bangerz Brass — arguably Canada’s next monumental party band — is to never quit in the relentless pursuit of that which is greater than them.

“People want to be involved and that is a sign that the universe is responding positively to this energy,” he says, with the formula being as follows: “The team comes up and they thrive; the community thrives; Toronto wins; everybody wins.” 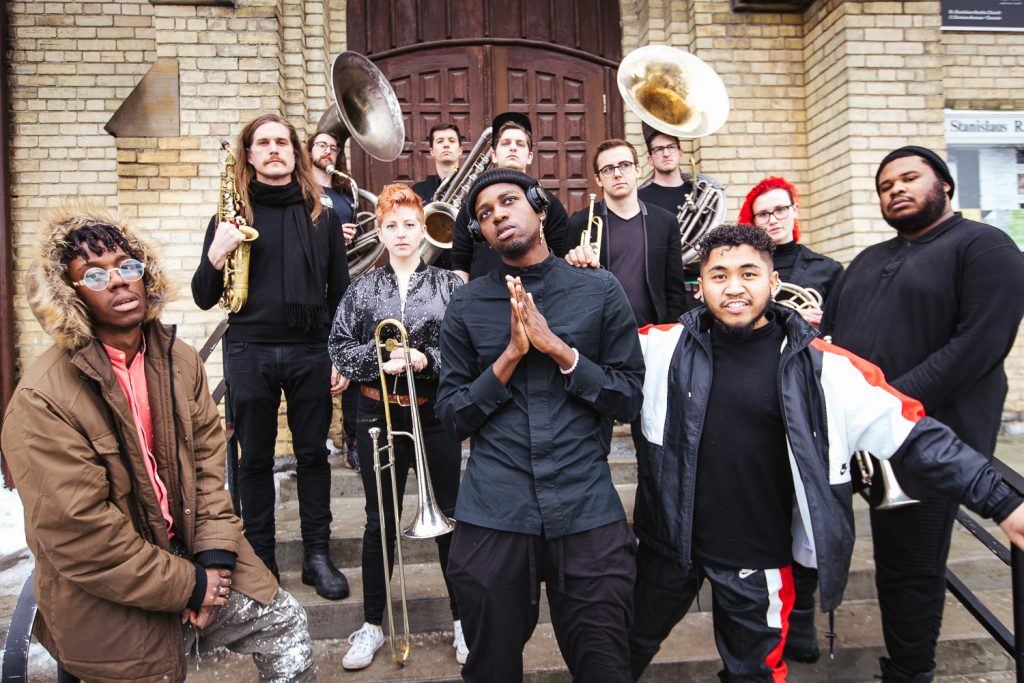