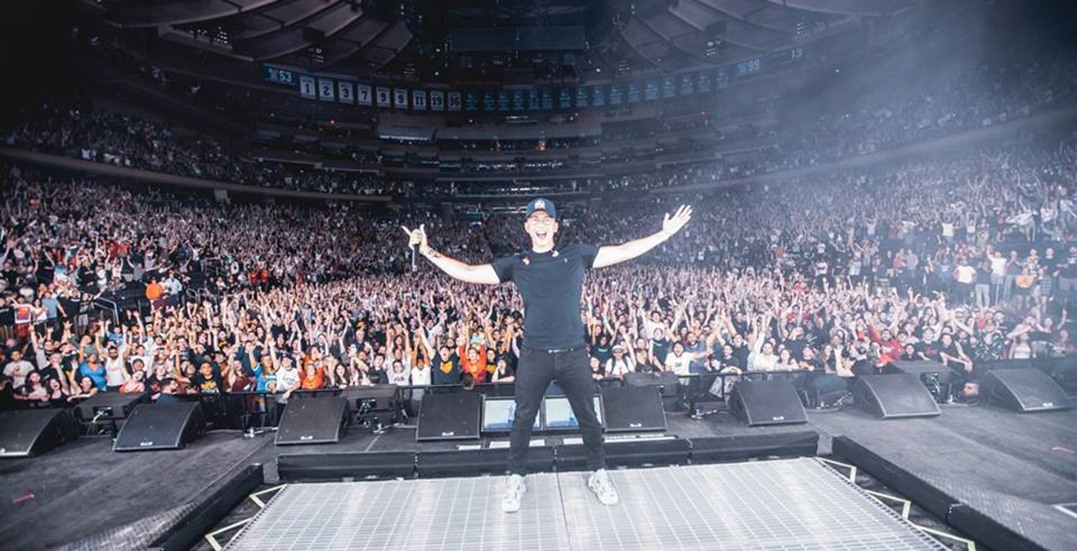 Grammy-nominated rapper Logic will be coming to Toronto this fall as part of his newly-announced North American Tour.

“The Confessions of a Dangerous Mind Tour” will see the American artist visit 26 cities including Portland, Los Angeles, Miami, and Brooklyn.

Toronto and Vancouver will be the two Canadian stops of his tour.

The multi-platinum artist is best known for the song 1-800-273-8255 (National Suicide Prevention Lifeline) which featured Alessia Cara and Khalid.

His most recent release, Homicide, featuring Eminem, also made its debut at number one on the Spotify US charts upon release.

Logic will be performing at the Scotiabank Arena on Wednesday, November 13, 2019, and will be joined by J.I.D. and YBN Cordae as special guests.

The performance is an all-ages show.