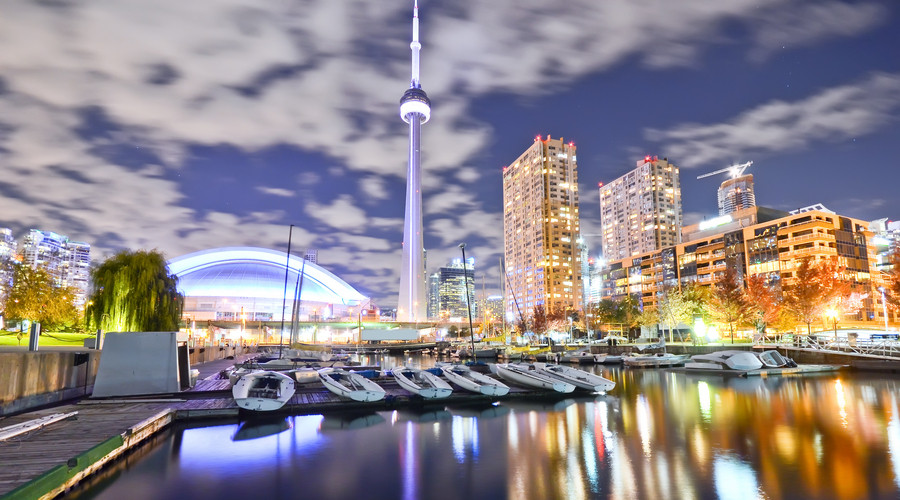 Toronto has come a long way in the last 183 years.

And you don’t even need to look at its skyline for proof. According to the ‘6ix Dad’ himself, when the City of Toronto was officially amalgamated on March 6, 1834, there were just 9,000 people living here:

Fun fact: At the time of incorporation, Toronto had a population of just over 9,000. #TOturns183

Today, that number is somewhere just past 2.7 million.

The City of Toronto is asking Twitter users to wish Toronto a happy birthday today using the hashtag #TOturns183, while Mayor John Tory is asking Torontonians to share their favourite places in the city:

To celebrate our 183rd birthday, tweet me your favourite places in the city. I’ll start off with my fav place, Riverdale Farm. #TOturns183 pic.twitter.com/JrKzv72HvY

As for what you can do to celebrate Toronto taking another trip around the sun, Celebrate Toronto has been throwing a two-day festival at Nathan Phillips Square. If you already missed yesterday’s event, don’t worry, there’s still time to sort out your Monday and get down to the party.

There will be local vendors, food trucks, and a skate party, and a warming lounge to keep you warm while you sip on some hot chocolate.

But even if you can’t make it down, consider simply raising a glass tonight to the one and only Toronto, Ontario, Canada. We’re all very lucky to call this special city, province, and country home.