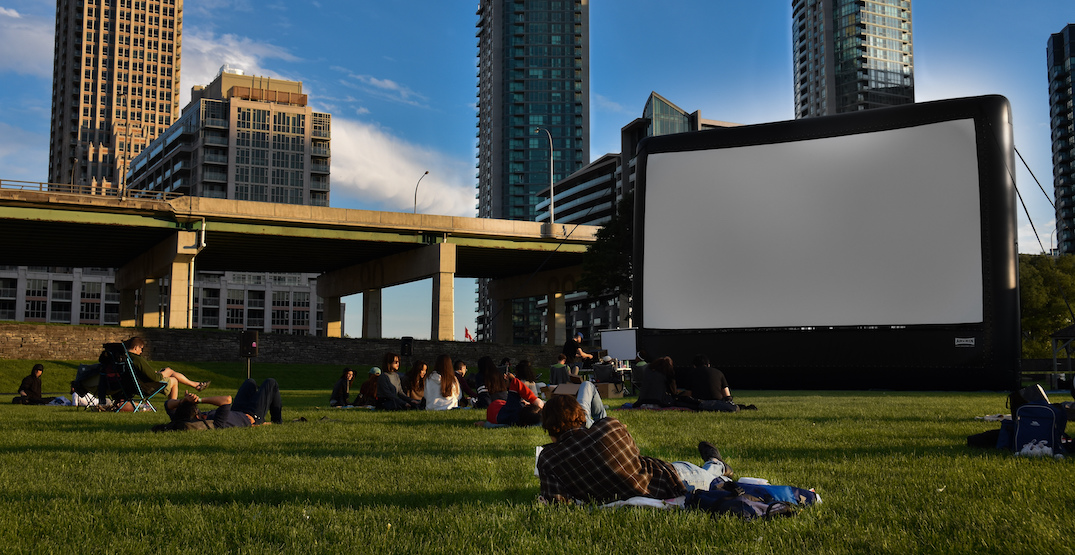 Toronto Outdoor Picture Show has announced the lineup for its multi-week film festival kicking off at the end of the month.

On July 31, TOPS & Friends is bringing its film fest back to the Fort York National Historic Site.

Its three-day opening weekend will feature The Birdcage on July 31, Monsoon Wedding on August 1 and Booksmart on August 2.

“The TOPS-curated film selections for opening and closing weekend reflect an overall theme of joyful community celebration, both large and small,” states the film festival in a press release.

The season will continue throughout the month of August with a series of guest screenings curated by some of Toronto’s most engaging film festivals, which have been separated from their in-person audiences for more than a year.

Further details about its five-night closing weekend will be released on July 13.

For the rest of the screenings, info will be released throughout the month of July. According to organizers, a small portion of extra tickets will be made available on each festival day starting at 12 pm through the TOPS newsletter.

“In the two weeks since we announced the TOPS & Friends premise of our 2021 festival, we have seen community support like never before in our decade of outdoor public programming,” program organizers said, adding that the number of donors has grown by 25% since last year.

“It’s touching to hear that our community misses enjoying cinema together, and they are incredibly excited to do that safely again in a few weeks.”

During Step 2 of Ontario’s reopening plan attendance will be capped at no more than 25% of regular capacity. Gates will open at 7 pm along with food and drink sales.

Each attendee needs to bring their own seating whether that be blanket or chairs and groups must allow for physical distancing.

TOPS organizers will also maintain physically distanced queues for activities, at the entrance, washrooms and the TOPS concessions and merch tent.

Free advance tickets will be available on July 15 at 12 pm on the TOPS website.