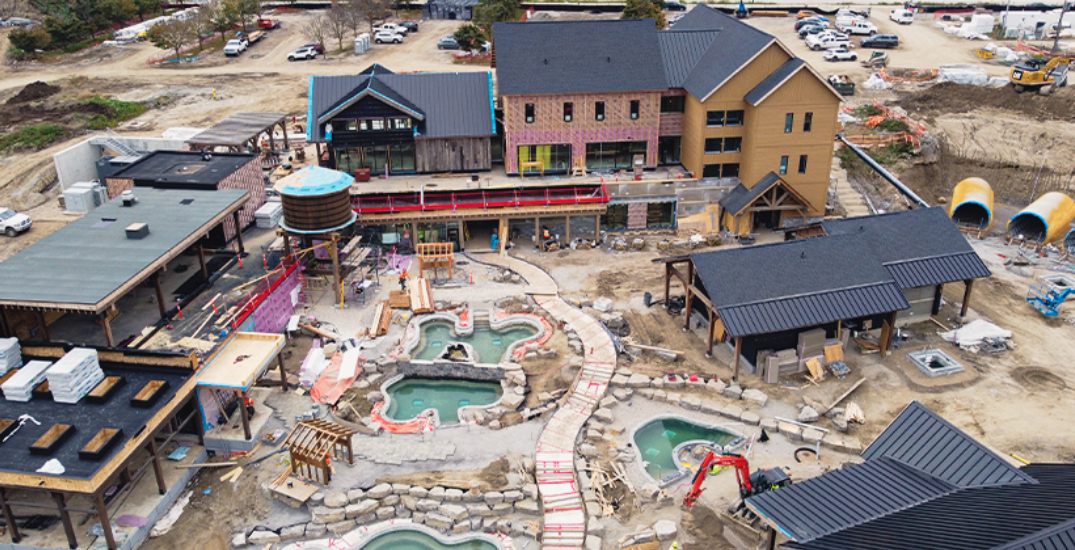 It has entered the “last mile” of construction, but Ontario’s massive Nordic Spa has once again pushed its opening date.

Due to the rising cost of building materials and efforts to keep workers safe, the Thermëa spa village is now expected to welcome guests sometime in 2022.

“We could have rushed things to meet deadlines, but we decided to take the route of quality. A longer road but such a satisfying destination,” Martin Paquette, founder and CEO of Groupe Nordik, said in an update.

“With the price of materials skyrocketing and growing rarer by the day, along with our efforts to constantly ensure the health and safety of our crew—it is hard to estimate the exact date the spa village will open.”

While no official date has been set, Paquette noted that Thermëa’s booking platform will be live at least five weeks before the “grand opening in 2022.”

Anyone who purchased a gift card but has had their “excitement lessen” will be reimbursed.

“My promise to you is as follows: our doors will soon open to a larger-than-life world,” he said.

Paquette also shared an update on the progression of the construction of the spa village.

New rituals and treatments have been developed, menus for the three restaurants are set, and the underground flotation pool will soon be filled.

The exterior of the main building has been completed, and the interior of four out of eight saunas is done.

Landscaping is progress as well, and Paquette said he expects it will “flourish beautifully in spring.”

Originally called the Nordik Spa-Nature Whitby, the $20 million spa village was first announced in October of 2017 with plans to open in 2019.

However, a construction delay pushed the opening to the following fall, and the COVID-19 pandemic then pushed it to the spring of 2021.

Once it’s complete, Thermëa will feature 25 massage and treatment rooms, eight saunas, an event sauna with a 90-person capacity, and an underground Epsom salt flotation pool.

Capable of hosting 700 guests at a time, the spa village will have multiple pools, an array of indoor and outdoor rest areas, and three dining options utilizing farm-to-table ingredients. 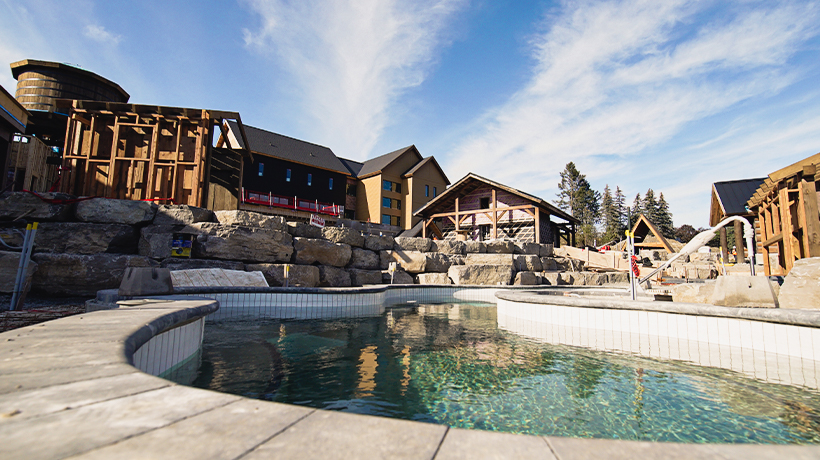