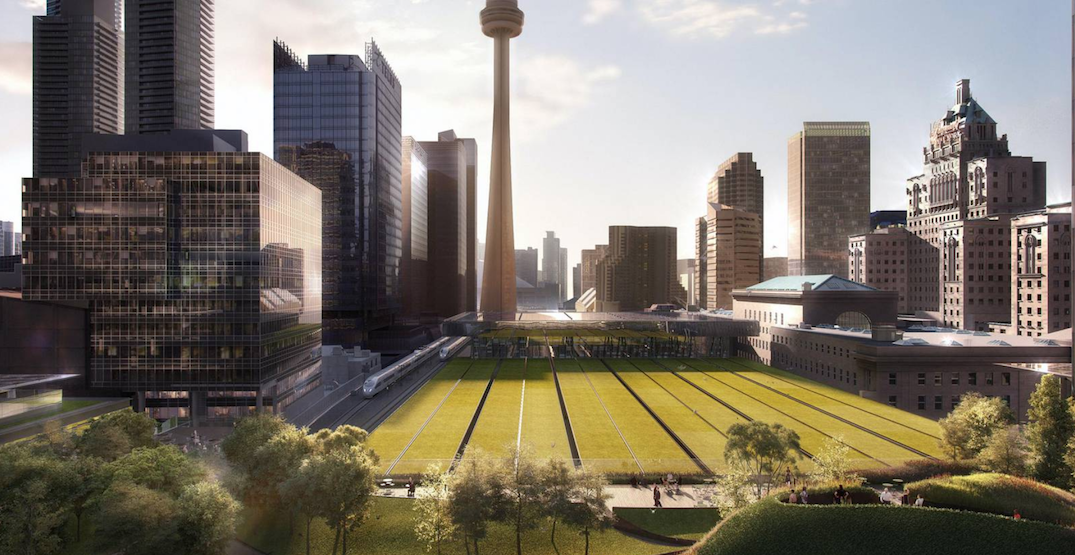 Hopes for the elusive Rail Deck Park may have been quashed earlier this year, but another public park suspended over downtown Toronto railway tracks is set to open as soon as 2022.

As part of the new two-tower CIBC SQUARE development in downtown Toronto, a one-acre public park lofted four storeys in the air will span across the railway tracks, connecting the two Bay Street buildings. The park is currently under construction and is scheduled to open — at least in part — as early as spring 2022. 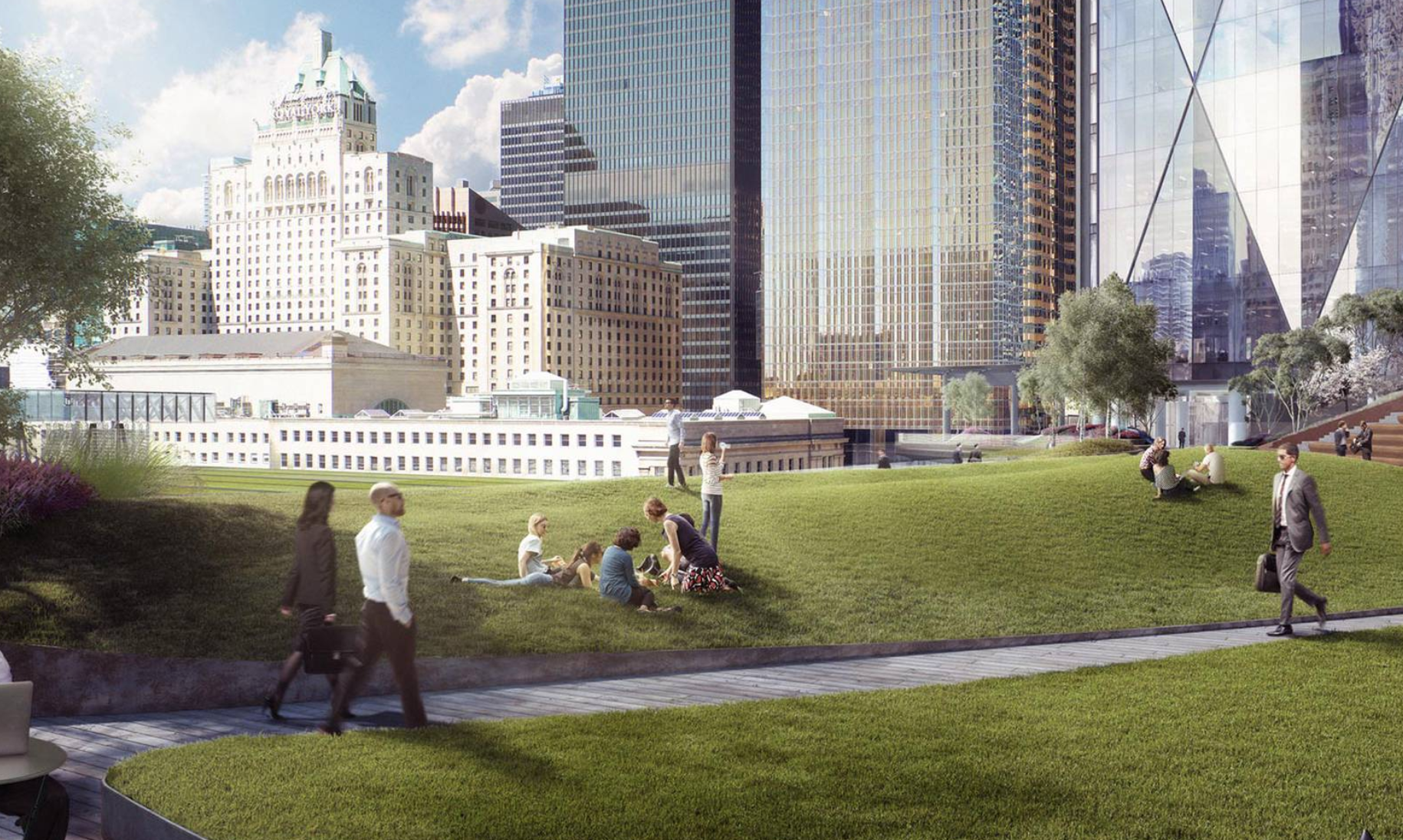 “CIBC SQUARE’s park provides biodiversity and an unparalleled greenspace to the middle of an industrial landscape,” the CIBC SQUARE website reads. “This elevated forest offers community members and neighbors a unique environment to meet, work and engage.”

The CIBC Square sky park is taking shape. I love the semi-mature tree plantings. It’s going to be a great place to take in views of the CN Tower, and of course train watch. #Toronto pic.twitter.com/ulStpNuIvc

Renderings show that, once complete, the park will feature large grassy spaces and unobstructed views of downtown, including a direct view of the CN Tower and Union Station. CIBC SQUARE also notes that there will be year-round programming offered at the park, including food markets, concerts, artistic and cultural exhibitions, and games. 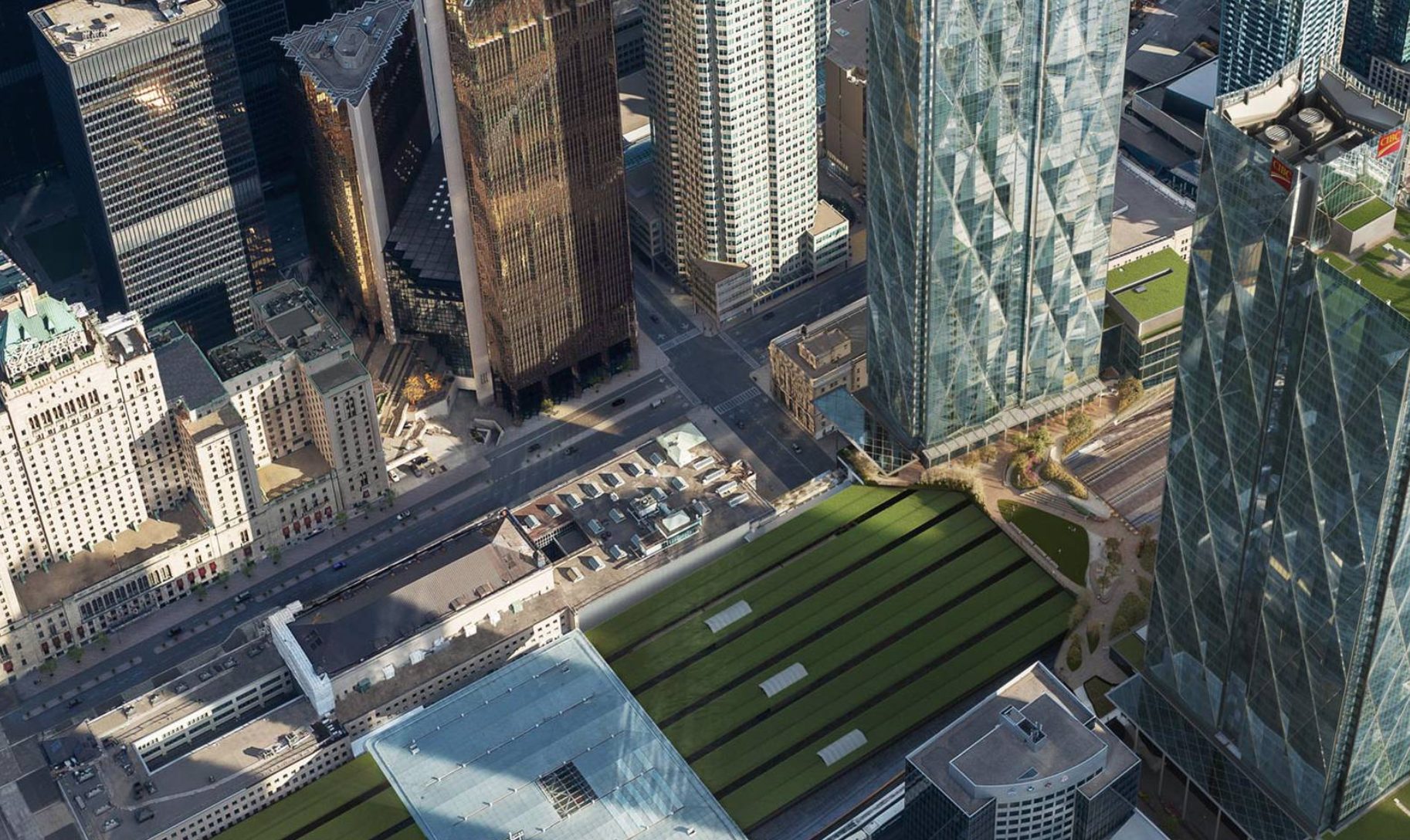 It will still take a few more years for the park to be completed in its entirety, with an estimated completion date of late 2024.