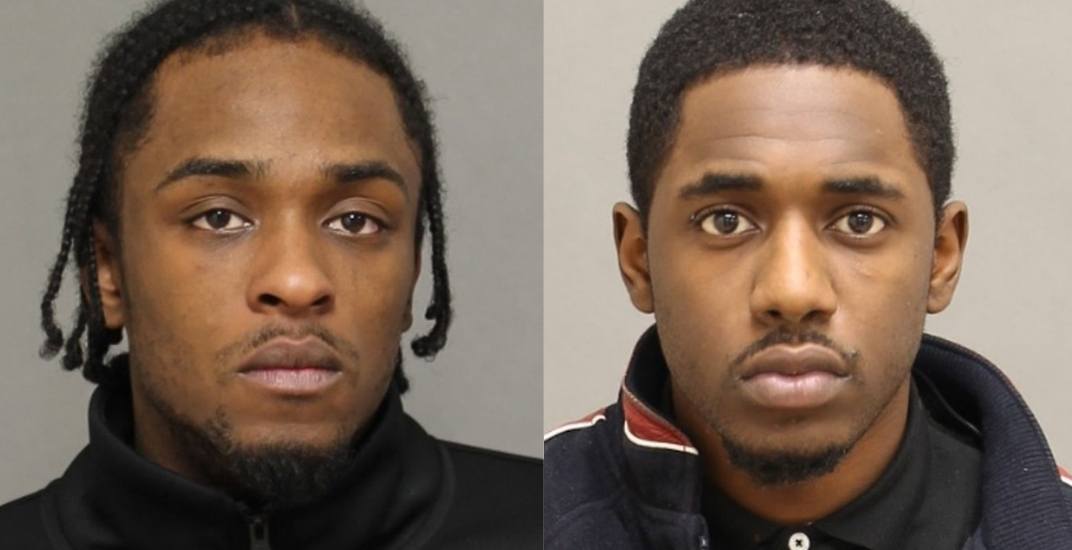 Toronto police are looking for two men who are believed to be involved in a brazen daylight shooting at a plaza on Jane Street near Highway 400 on Tuesday.

According to police, on Tuesday, April 9, just after 11 am, officers responded to a call for a shooting in the area of Jane Street and Queens Drive.

Two groups of people encountered each other in a convenience store and brandished guns. Police say the groups exchanged gunfire.

One of the groups involved in the shooting fled the scene in a car and struck another uninvolved vehicle head-on. The suspects then abandoned the vehicle, and fled the scene on foot, discarding a firearm nearby.

The other group involved in the shooting also fled the scene in a dark coloured car.

When officers arrived, they located the firearm and one person suffering from minor injuries as a result of the car crash. 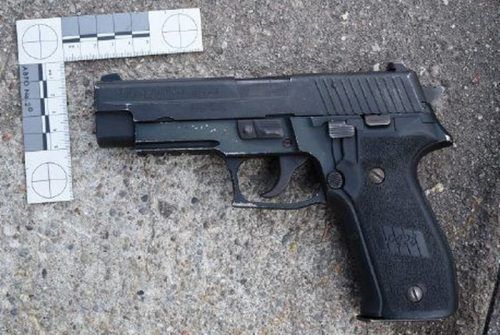 Investigators are now looking for Dwight John, 22, and Malik Christie, 20, of Toronto.

They both face multiple charges including attempted murder, possessing a loaded firearm, and possessing a firearm obtained by crime.

They are believed to be violent, armed, and dangerous. If located, do not approach. Call 9-1-1 immediately.

Following the incident, Cosmo James and Nathaniel Grant were arrested. Both are 34-years-old and from Toronto.

They now face a number of charges including possessing a loaded firearm and breaching probation. James also faces two counts of attempted murder.

They appeared in court on Wednesday, April 10.