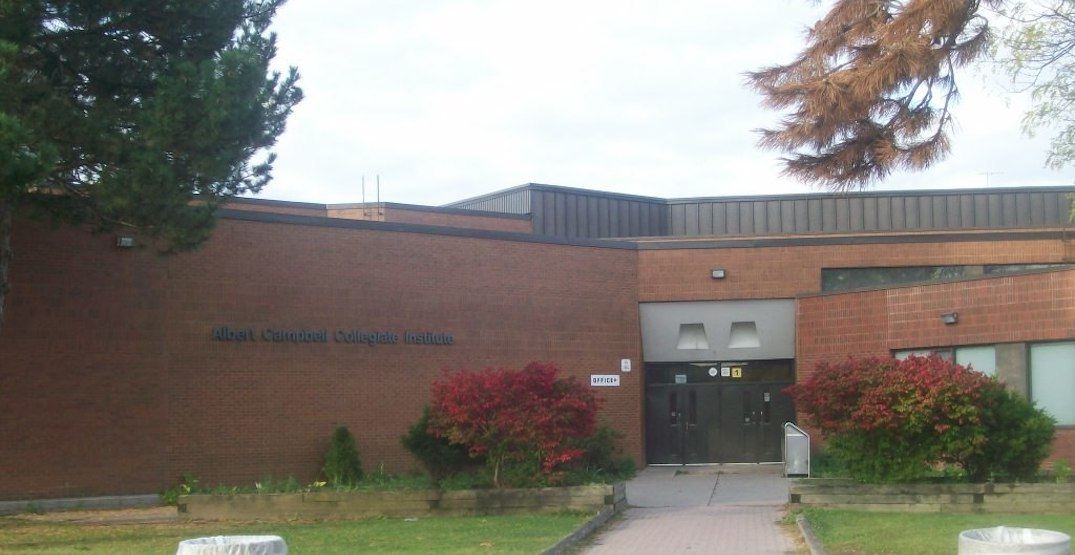 A Toronto high school in the east end was on lockdown Thursday morning after a student allegedly brought a replica gun into the school.

Just after 9 am on Thursday, April 11, Toronto police received reports of a student with a gun inside Albert Campbell Collegiate in Scarborough.

The school was put on lockdown and officers responded to the scene quickly.

According to authorities, when officers arrived, they located a male student with a gun.

PERSON WITH A GUN:
Albert Campbell Collegiate
**9:11 am**
-Reports of student with a gun in building
-Officers responded quickly
-School in lockdown
-Officers located male with gun
-1 in custody
-Firearm recovered
-No one injured
-Investigating#GO652156
^dh

Police say the firearm they recovered from the building was reportedly a replica and three people were taken into custody as a result of the incident.

There were no reported injuries and police say all students are safe and accounted for.

PERSON WITH A GUN:
Albert Campbell Collegiate
-Firearm recovered reportedly a replica
-All students safe and accounted for
-3 people in custody
-Information held for investigative purpose
-School is no longer in lockdown
^dh

Police added they are withholding information for investigative purposes.