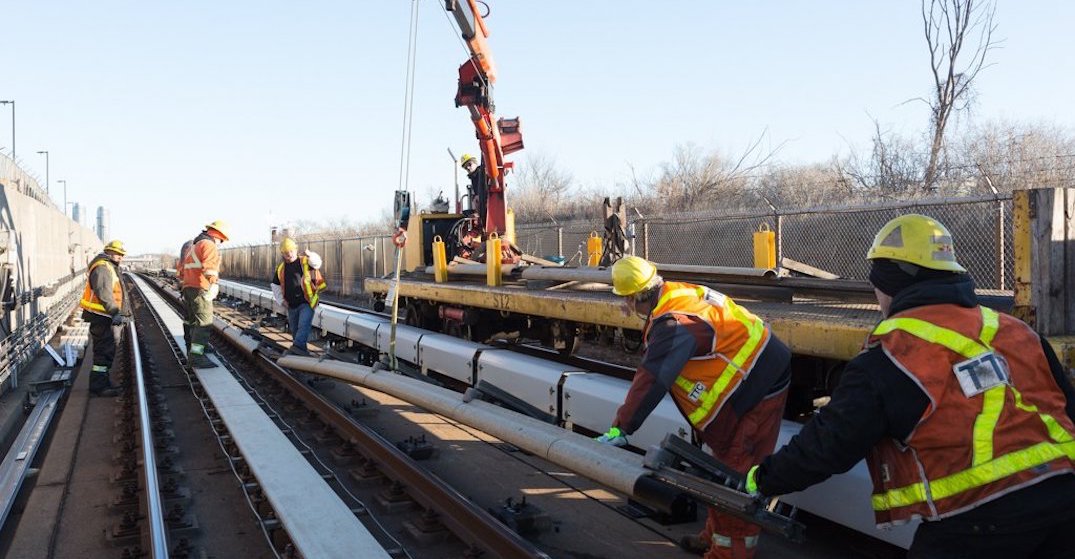 Ah spring and summer in Toronto. The exciting time when the city and TTC get to all their planned construction projects.

Earlier today, the City of Toronto announced it would be working on more than 200 construction projects, including 60 major projects, planned to improve roads, bridges, sewers, and water mains in Toronto’s ageing infrastructure.

Now, the TTC has released its own list of track upgrades that will result in diverted routes this summer.

According to the TTC, several bus and streetcar routes will divert and relocate as the TTC upgrades streetcar tracks at Parliament and Gerrard Sts., and on Broadview Ave. between Dundas St. E. and Gerrard St. E. Work will also include improvements to Main Street Station.

The first of these service changes take effect this Sunday, May 13.

At Main Street Station, the TTC will make repairs and upgrades to the station roof, sections of the bus roadway and platform, lighting, and streetcar track and overhead systems. The majority of the work will take place while the bus/streetcar loop is closed from May 13 until early September.

-506 Carlton: replaced by buses, route diverting to Victoria Park Station from Gerrard/Main via Gerrard St. and Victoria Park Ave.; no stop at Danforth/Main.

Temporary stops will be posted on Danforth Ave. near Main St. where customers can transfer between buses and subway. Nearby parking will be restricted as required to accommodate bus stops.

Starting May 14 at 5 am, the intersection at Gerrard St. E. and Parliament St. will close in all directions for three weeks while City of Toronto and TTC crews work to replace streetcar tracks.

On June 4 at 6 am, one lane of traffic in each direction will re-open.

Note to cyclists: during this work, TTC buses will operate on streets typically serviced by streetcars, many of which are equipped with dedicated bike lanes. On these routes, buses service these stops at the curb. TTC operators use extreme caution when operating on these routes during the busy cycling season.

Later this summer, from June 24 – Sept. 8, the TTC and city will undertake major streetcar track upgrades along Broadview Ave. at and in between the Gerrard St. E. and Dundas St. E. intersection, resulting in numerous TTC diversions and traffic restrictions.