If you didn’t know much about the Eglinton East LRT yet, you will now.

The City of Toronto recently released a super hip/urban video of their Scarborough transit project, complete with beats and spoken word by Randell Adjei of R.I.S.E EDUTAINMENT.

Endorsed by Council in 2016, the EELRT is a key part of the Scarborough Rapid Transit Network Plan to improve local accessibility, according to the City.

The proposed LRT is part of the Scarborough rapid transit plan, along with the Scarborough Subway Extension, two new SmartTrack stations at Lawrence-Kennedy and Finch-Kennedy. 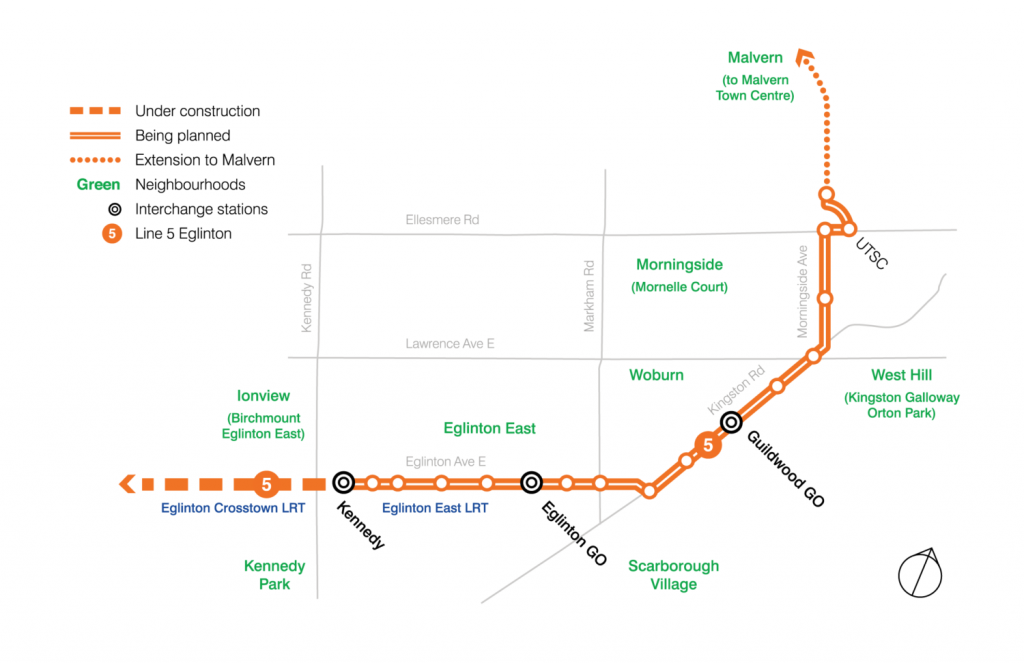 “The LRT will support sustainable, economically vibrant and complete communities along the LRT route along with the opportunity to create an attractive and welcoming public realm.”

The Eglinton East LRT is the easterly extension of the Eglinton Crosstown LRT from Kennedy Station along Eglinton Avenue East, Kingston Road and Morningside Avenue, and would provide improved local transit access to over 40,000 residents who live within walking distance of the corridor. It will also bring rapid transit to two post-secondary campuses – University of Toronto Scarborough Campus and Centennial College Morningside Campus.

This week, Mayor John Tory said that a new report has been released recommending the next steps Council needs to take to get on with building the Eglinton East LRT.

“The report indicates that we should move ahead with planning the entire Eglinton East LRT line now including a 6-stop extension from Kennedy Station to Malvern Town Centre as opposed to breaking it up into two separate projects,” Tory said.

“We have already secured $9 billion from the federal & provincial governments to get on with building our transit projects including the Eglinton East LRT, the Relief Line & the Waterfront LRT. I am determined to keep working with those governments to continue this progress.”

The report heads to the Executive Committee on Monday, and the next round of public meetings on this transit project will be announced in spring 2018.

Meanwhile, to help spread information on this new LRT across, the City released the following video.