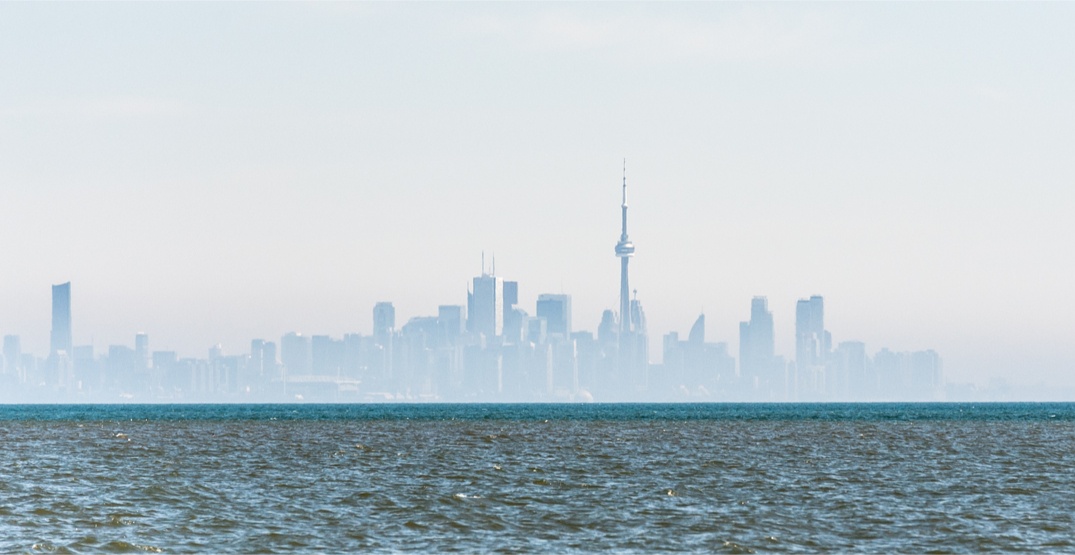 In addition to a special weather statement, Environment Canada has also issued a special air quality statement for Toronto.

Issued on Saturday morning, the national weather agency warns of high levels of air pollution in the city today, stating that the AQHI values for Toronto are in the moderate to high risk category.

“Light winds and stagnating weather conditions have resulted in increasing levels of fine particles and nitrogen dioxide in Toronto, especially in northern and eastern parts of Toronto,” reads the statement. “High risk AQHI values are expected to persist for several hours at these locations before improving early this afternoon.”

Individuals may experience symptoms such as increased coughing, throat irritation, headaches or shortness of breath, according to Environment Canada. Children, seniors, and those with cardiovascular or lung disease, such as asthma, are especially at risk.

If you are experiencing symptoms, such as coughing or throat irritation, consider reducing or rescheduling strenuous outdoor activities until the special air quality statement is lifted.

Exposure to air pollution is particularly a health concern for people with heart or breathing problems, those with diabetes, children and the elderly.

Besides the air quality, another statement is issued for the risk of freezing rain Saturday evening, followed by 15 to 25 mm of rain and gusty winds on Sunday.

Rain is expected to begin late Saturday evening or after midnight in Toronto. In areas where temperatures remain below the freezing mark, this rain could fall briefly as freezing rain before temperatures rise above zero, according to Environment Canada.

Environment Canada says rainfall amounts of 15 to 25 mm are expected before it tapers off late Sunday morning or early afternoon.

Stay safe out there.