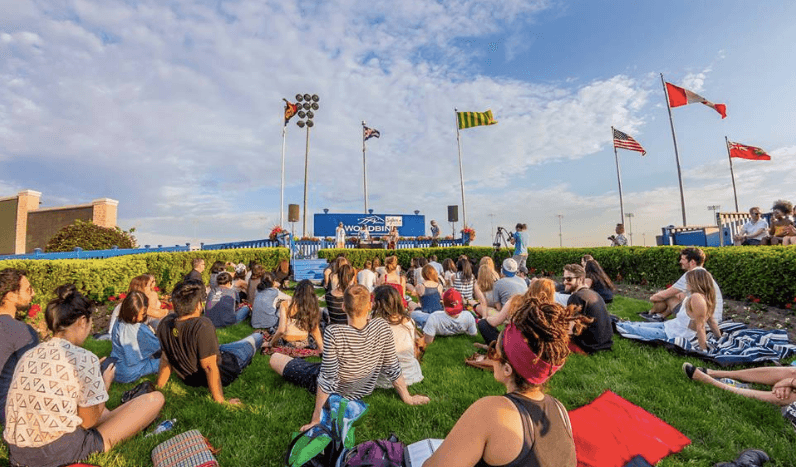 There is magic in music.

And for those who want to experience the magic, concerts bring that charm to life, enchanting fans globally.

But along the way, as artists get bigger and move on to large venues, some say the magic is lost in the echoes of an arena.

That’s where Sofar Sounds comes in.

Founded in 2009, Sofar Sounds‘ mission is to bring a unique live music opportunity to fans, and offers artists a platform to perform gigs. The global movement is now in 300 cities, including our very own, Sofar Sounds Toronto.

We’re now hosting intimate secret gigs in over 300 cities all over the world! Sign up to attend a show in your area: https://t.co/RfT5N5XYgP pic.twitter.com/Bzp8xtS8b1

Sofar is all about “secret shows in secret locations.” Interested participants can register on the website under their city, select the show/s they would like to attend (usually just by date), and 48 hours before the show, you find out whether or not you were selected. Upon being selected, you are emailed the address and time, but you only find out who will be playing when you arrive to the location.

While it may sound strange, the element of surprise is half the fun.

“We have a very special opportunity to introduce audiences to something completely new, since they come to our shows open to listening,” said Jon Campbell, of Sofar Sounds Toronto. “Most people would never imagine going to a performance not just by an artist they don’t know.”

All over the world, major names like Hozier, Bastille, and Leon Bridges have played intimate shows at Sofar Sounds. In Toronto, recent performers have included Donovan Woods, Scarlett Jane, and Great Lake Swimmers.

As for the locations, shows can be anywhere from someone’s living room to a church on Toronto Island.

“We live in a city that houses every ethnicity, culture, tradition on Earth, but we tend to live in our own local worlds, and we don’t even realize how much we don’t know about the width, breadth and depth of the talent in this city. What’s been amazing to behold is that because audiences don’t know who they’re going to see, we demonstrate how silly it is that we’re not more intermingled. Because great music is great music. Period,” said Campbell. “The magic and power of Sofar shows is rooted in the ability to really dig into and showcase each city’s local amazingness.”

For those who travel, you can sign up to see gigs at any one of the cities that hosts Sofar events. It’s an international community of music lovers, and it just keeps growing. Because, while the idea is simple, there is something in the magic of music that Sofar resonates.

“It’s so clearly just about appreciating great performance. The Sofar context really makes that shine through,” said Campbell. “So when we say that Sofar shows ‘bring the magic back to live music,’ it sounds incredibly cheesy, but anyone who’s ever been in a room for our shows knows that it’s full-on true.”

And it really is.

Sofar Sounds‘ next Toronto shows are on January 15 and 29.