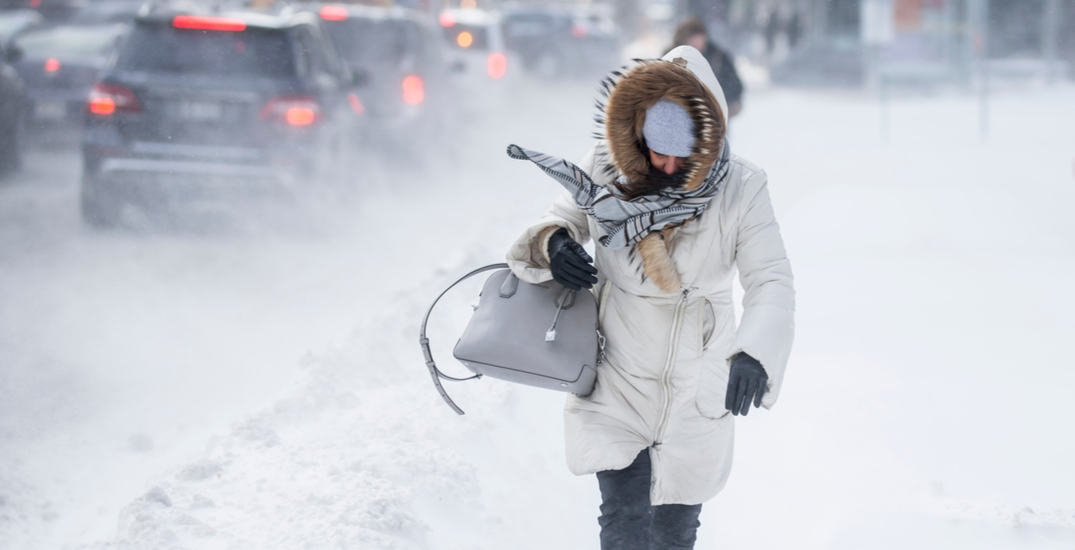 The regions of York and Durham are expecting gusts of snow on Monday, and a weather warning has been issued.

Environment Canada reports that snowy winds will make their way to the regions on Monday afternoon, and snow squall warnings will stay in effect until the evening.

Though the squalls are expected to turn into flurries by tonight, five to 10 cm of snow could accumulate in Newmarket, Georgina, Uxbridge, and Beaverton by tomorrow morning.

“Strong northwesterly winds will also aid in reducing visibilities at times due to blowing snow,” officials said, adding a warning for motorists.

“Snow squalls cause weather conditions to vary considerably; changes from clear skies to heavy snow within just a few kilometres are common,” the weather report said. “Prepare for quickly changing and deteriorating travel conditions. Visibility will be suddenly reduced to near zero at times in heavy snow and blowing snow.”

Meanwhile, Toronto is expecting a mix of clouds and sun today, with temperatures as low as -3°C tonight. Heavy flurries could also hit the city on Monday night, and sporadic rain showers and flurries are expected to continue through the rest of the week.