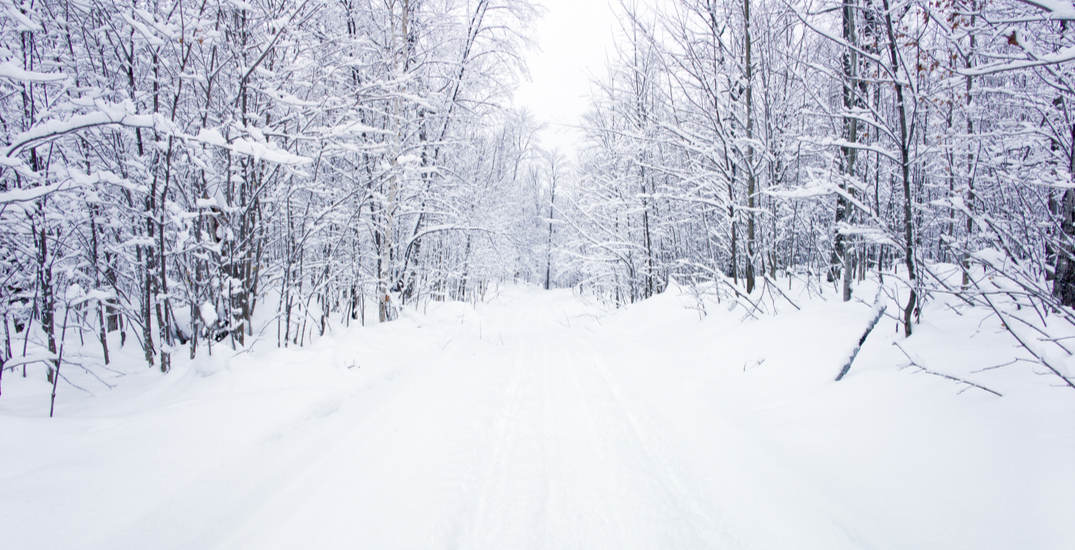 Northern Ontario could be in for its first major snowfall of the season this week, with between 20 to 40 cm of snow expected.

According to The Weather Network, snow will begin in northwestern Ontario on Wednesday night and continue through Thursday.

Fort Hope and Dryden areas will be hit with the most snow, between 20 and 40 cm worth, the forecast says. Surrounding areas will see slightly less, at 15 to 30 cm.

On Thursday and into Friday Northern Ontario could also be hit with high-speed winds that could lead to blizzard and whiteout conditions, according to the forecast.

Environment Canada has issued a winter storm warning for the areas, saying that conditions are expected to worsen Wednesday evening. 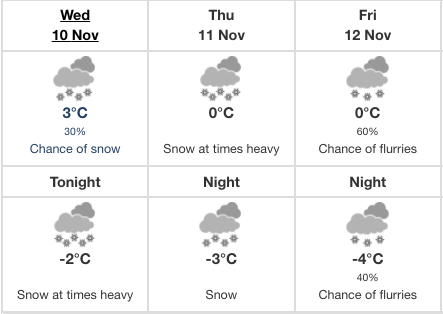 “Total accumulations of 25 to 40 cm are possible by Friday evening; however, regions in the swath of heaviest snow could see local amounts of up to 50 cm,” the warning reads.

Conditions can deteriorate quickly, so it is best to plan accordingly and avoid travel if possible during whiteout conditions.

“Surfaces such as highways, roads, walkways and parking lots may become difficult to navigate due to accumulating snow. Rapidly accumulating snow will make travel difficult. Visibility may be suddenly reduced at times in heavy snow. If visibility is reduced while driving, slow down, watch for tail lights ahead and be prepared to stop. Public Safety Canada encourages everyone to make an emergency plan and get an emergency kit with drinking water, food, medicine, a first-aid kit and a flashlight,” Environment Canada’s warning reads.

Winter storm warnings are in place in seven northwestern Ontario areas. In addition, Environment Canada has issued winter storm watches and special weather statements in many of the regions expecting heavy snowfall.