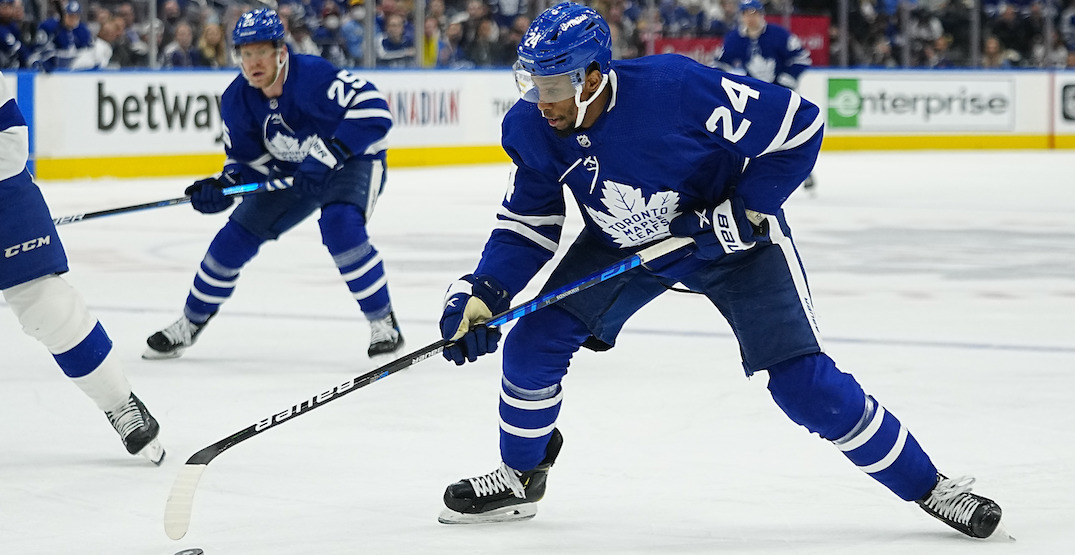 Sheldon Keefe is shaking things up ahead of Game 4 in Tampa.

Notably, it appears Wayne Simmonds will be a healthy scratch, replaced by Jason Spezza, who will draw in for his first game of the series. Simmonds blamed himself for a pair of undisciplined penalties last game, and the Tampa Bay Lightning scored on the ensuing power plays.

On defence, Justin Holl looks to draw in for Timothy Liljegren. Kyle Clifford’s suspension is over, but it appears he’ll sit tonight.

The top line is unchanged from Game 2, but the remaining three trios look quite different.

John Tavares, who has been a disappointment so far in this series, has been reunited with William Nylander. Ondrej Kase missed practice but is expected to draw in on their line.

Ilya Mikheyev and Alex Kerfoot have moved down to the third line, centred by David Kampf. The fourth line features Pierre Engvall, Colin Blackwell, and Spezza.

Holl will take Liljegren’s place on a pairing with Mark Giordano, while the top two defence pairs are unchanged. Jack Campbell is expected to get the start in net.