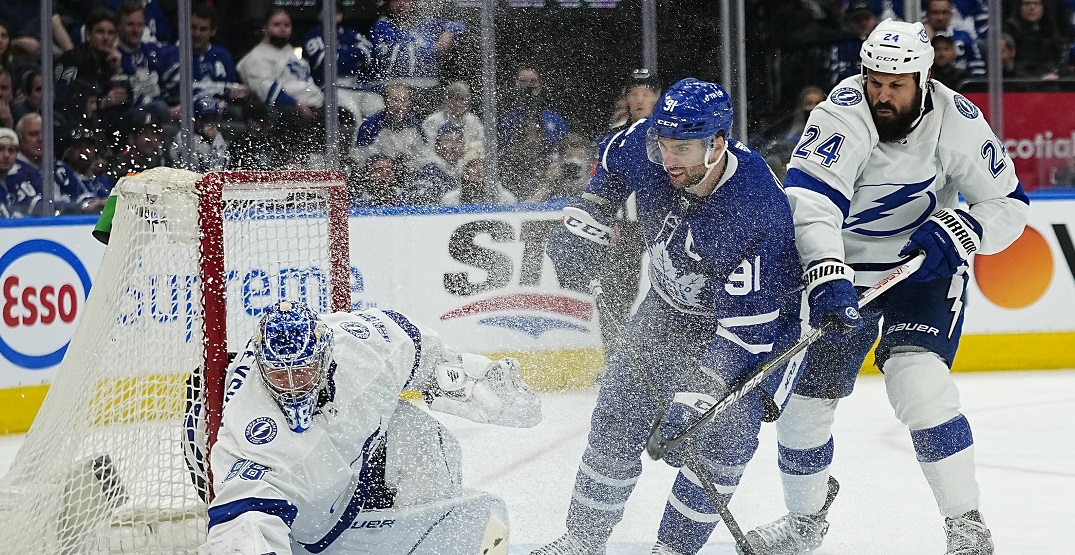 When John Tavares joined the Toronto Maple Leafs in the summer of 2018, it was clear what the intention was: to change the history of the franchise.

On many levels, Tavares has performed.

From a team standpoint, the Leafs have been a legitimate threat each season: Just four teams have put up more points over the course of those four seasons, including a team-record 115 points this past year.

Individually, Tavares has put up the 16th most goals and 23rd most points in that time frame.

Sure, he might be “overpaid” in the most literal sense of the word, as you’ll find plenty of better value contracts in the league.

But he’s consistently performed at the first-line level in mostly second-line minutes behind Auston Matthews.

He’s elevated the team to a new level of depth and been a key reason the team has been known as an offensive juggernaut over that stretch. Of course, Tavares has had ups and downs like any other player, but year in and year out, he always seems to find himself in the upper echelon of NHL scorers.

But then there’s the big elephant in the room: with or without Tavares, the Leafs are still chasing that elusive first-round playoff series win since 2004.

By no fault of his own, Tavares was rendered a non-factor in last year’s first-round loss to Montreal, suffering a brutal concussion in the first period of Game 1. Maybe the Leafs win with him in the lineup. Maybe not. But we can only judge Tavares on the playoff games he’s played, and simply put: they’re just a touch not good enough.

Over the course of two full series, one period, and two games this season, Tavares’ box score reads out: four goals, five assists in 12 playoff games with the Leafs. It’s fine production, but it’s not what you’d hope from the player with the league’s fifth-highest cap hit.

Mitch Marner and Auston Matthews faced similar criticisms last year, with a combined one goal and nine points in a seven-game Montreal series. Through two games this year, they’re leading the NHL in playoff scoring with five points apiece. When asked to answer the call, they’ve done it. It’s hard to say exactly the same about the Leafs’ captain.

Whether the puck actually enters the net over the course of a few games isn’t often something under your control. Sometimes players take what seems like a million shots and can’t find the back of the net, and sometimes they’ll get credit for a goal that bounces off their leg and they’re suddenly deemed a hero. But Tavares isn’t even directing all that much towards Tampa’s Andrei Vasilevskiy.

Tavares has taken just two shot attempts at 5v5 over two games, ranking 13th on the team. His lone point in the series came in Game 1 on a secondary assist on a power-play goal.

If Tavares gets it going, the Leafs can knock off the two-time defending Stanley Cup Champions. If he doesn’t, and the Leafs fall in the first round of the playoffs for the sixth consecutive year, and the fourth with #91? Well, the headlines might get a whole lot nastier in the Toronto media market.