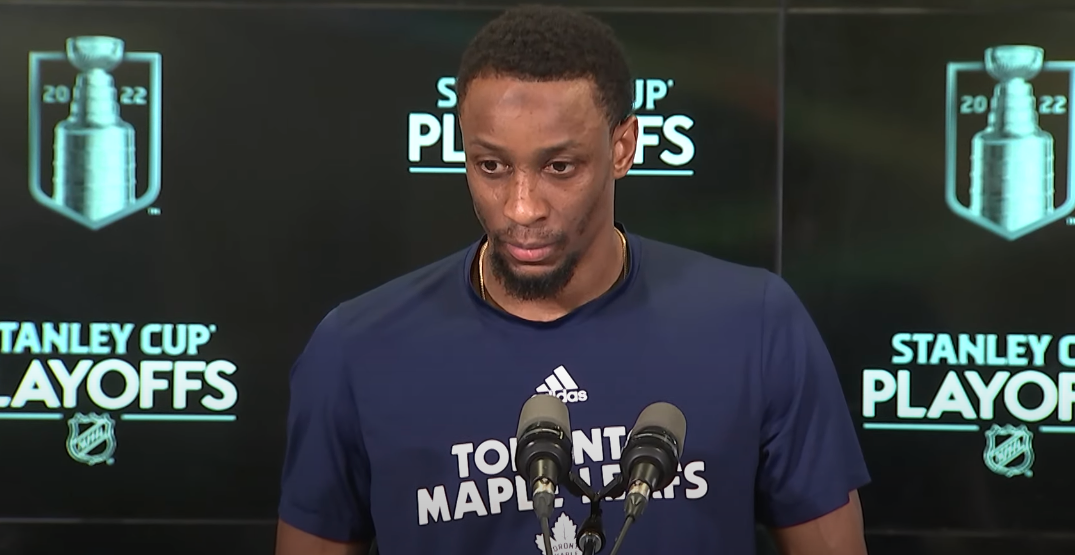 If you’re looking for a reason the Toronto Maple Leafs Leafs lost 5-3 on Wednesday to the Tampa Bay Lightning, Wayne Simmonds will be pointing to himself.

Simmonds is taking accountability for the Leafs’ penalty woes, though.

“I was a culprit,” Simmonds said in his post-game press conference. “I took two, they scored two, we lost by two… it stings.”

Leafs’ coach Sheldon Keefe agreed the team found themselves in the box too often.

“At 5v5, it is a pretty even hockey game. Their power play was better, and we took too many penalties,” Keefe told reporters. “We have to find a way to kill those. We did that well in Game 1. It was a big reason why Game 1 went the way it did. It didn’t go that way today. We gave them too many opportunities.”

Keefe wasn’t willing to single out Simmonds, though.

“We will talk about it. We will be talking to our entire team. It is not just those ones,” Keefe said. “Those are obvious because they are after the whistle, but there was even stuff happening during the play with some of the penalties that we took that were, in their own way, undisciplined.”

Keefe did touch on some positives from the Leafs’ seven shorthanded instances.

“I thought there were still really good elements to our penalty kill tonight,” Keefe said. “We just had a couple of bad breaks there. We gave them too many looks and too much time with the puck in our end tonight.”