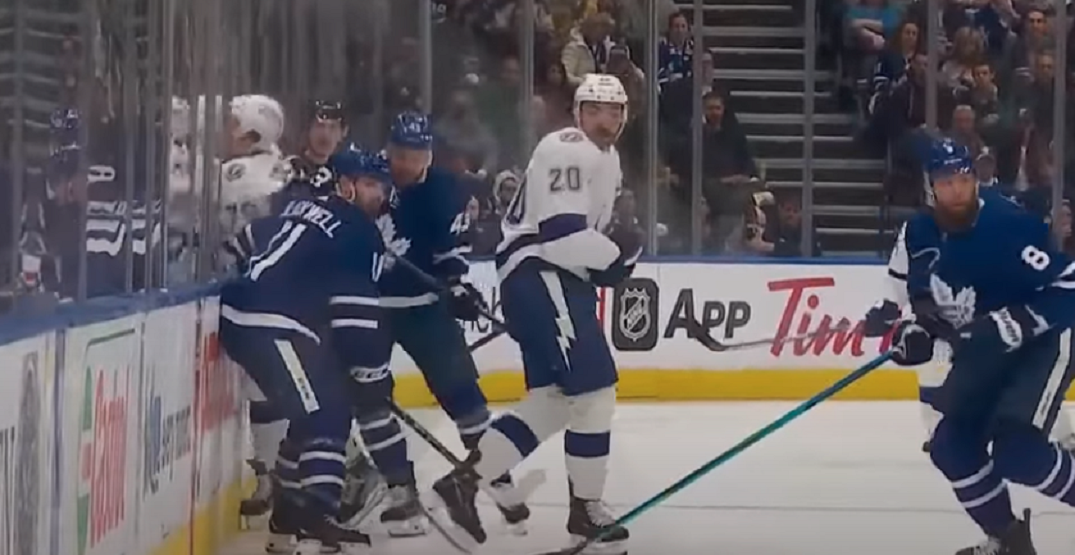 Toronto Maple Leafs forward Kyle Clifford won’t be on the ice for the next game.

During last night’s Leafs matchup against the Tampa Bay Lightning, Clifford got a bit too riled up and hit Tampa Bay’s Ross Colton into the boards, receiving a five-minute major and a game misconduct for the play.

After a hearing with the NHL’s Department of Player Safety, Clifford was assessed a one-game suspension by the league for the hit into the boards.

Toronto’s Kyle Clifford has been suspended for one game for Boarding Tampa Bay’s Ross Colton. https://t.co/2X1llmJ5tl

The NHL’s explainer video called the hit “forceful” and “dangerous.”

In a weird way, Clifford’s antics might have actually helped the Leafs get energized.

They killed of the penalty, much to the delight of the Scotiabank Arena faithful. The Leafs carried that energy right through to the end of the game, winning by a 5-0 score. Leafs coach Sheldon Keefe said the crowd was “outstanding”, and one of the key factors in the team’s dominant win.

Meanwhile, Wayne Simmonds, Patrick Maroon, and Corey Perry all received fines for a later brawl in the third period.

Game 2 for the Leafs goes tomorrow night at Scotiabank Arena, with puck drop set for 7:30 p.m. With Clifford out, it appears that Jason Spezza should be set for a return to Toronto’s lineup after missing Game 1.