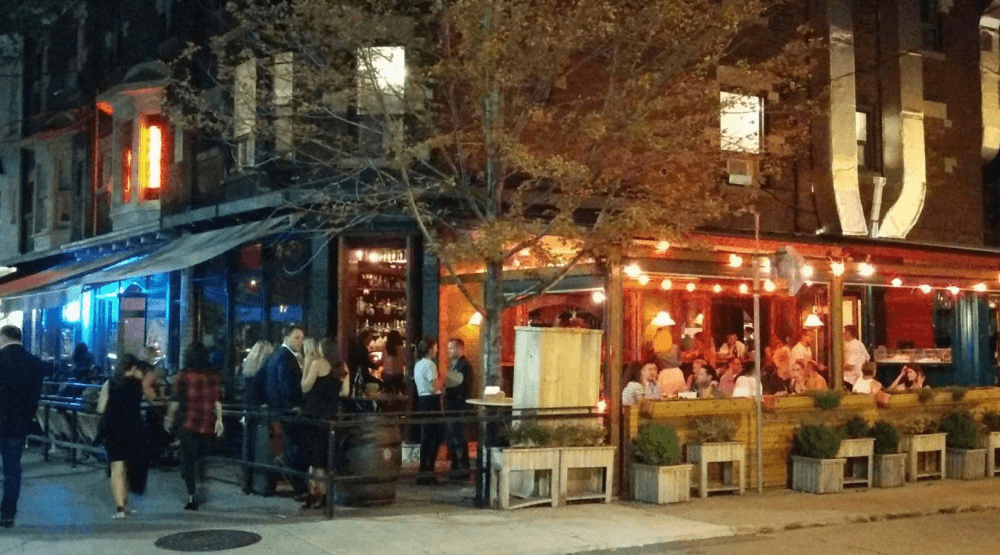 Remember when the City of Toronto wanted to raise fees for sidewalk patios by 325%?

Well, that’s not what they’re proposing now, but they are throwing around ideas for some pretty major changes.

Whether or not they’re implemented partially depends on what Torontonians think.

The City is hosting a public consultation to get input on the Sidewalk Cafés and Marketing Displays Bylaw Review. The review’s intention is to harmonize existing bylaws so that consistent standards are applied across the city.

At the consultation, participants will have the opportunity to provide their input on proposed regulations including updated fees, accessibility issues and new standards for marketing displays and sidewalk cafés.

Also known as produce stands and those cafe and bar patios that are plopped onto the street.

Here’s what could be changing.

Right now, Toronto is divided up into eight sections, each one with different fees for sidewalk cafes and marketing displays—save for Scarborough, where they aren’t permitted.

Proposed changes to the fees would cut the city’s division down into two sections: the Central Zone, which is essentially an expanded version of the downtown core, and the Outer Zone, each with corresponding fees.

If the proposed fees are implemented, they won’t be subject to inflationary increases for 10 years. They’ll be locked in. For restaurants or shops that are newly registering for permits to take up sidewalk space, the fees would take immediate effect.

For businesses that already have permits, they will either see a reduction in fees immediately or, if the cost for their business is going up, the increase would be phased in equally over 10 years.

The proposed changes have been informed by earlier, extensive consultations with the public and stakeholders. And this proposition is quite different from the one that came after that stakeholders consultation in 2017, when fees were proposed to raise as high as $390/m2.

To have a say on the matter, Torontonians are invited to attend the consultation on Thursday, January 31 from 6 to 7:30 pm in Committee Room 4 at Toronto City Hall.

This will be the final consultation on the subject, and input gathered will be used to inform the bylaw that City Council will consider this spring.