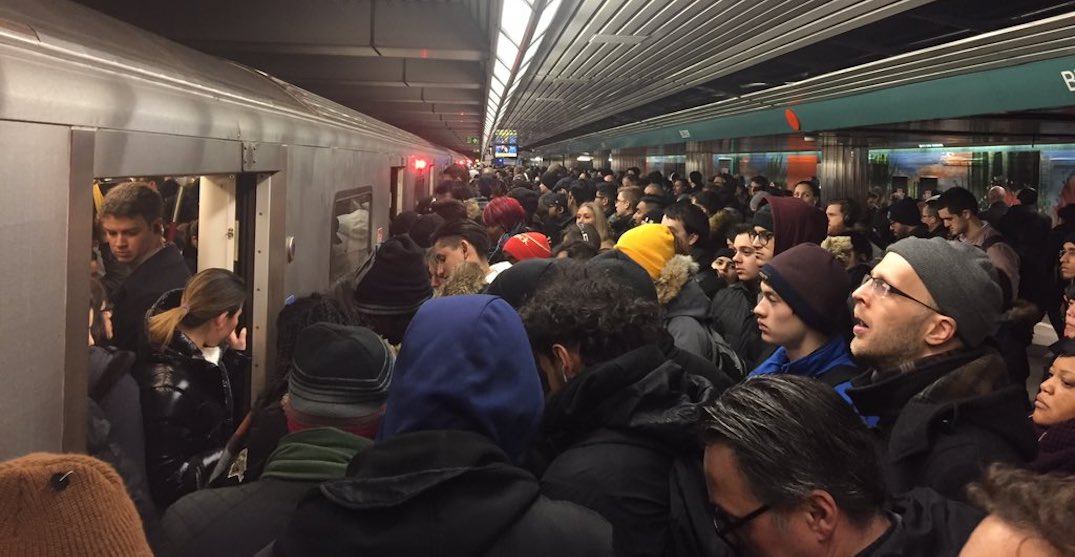 The TTC Board has unanimously voted for the 10-cent fare increase this year.

The price increase would mean that tokens and Presto fares would go up to $3.10, from its current $3. But the change won’t affect cash fares, which will remain at $3.25.

The price hike is set to go into effect on April 1, 2019, and this, the TTC said, would generate $26 million in revenue.

The TTC is also asking for an increase of $22 million in city funding. 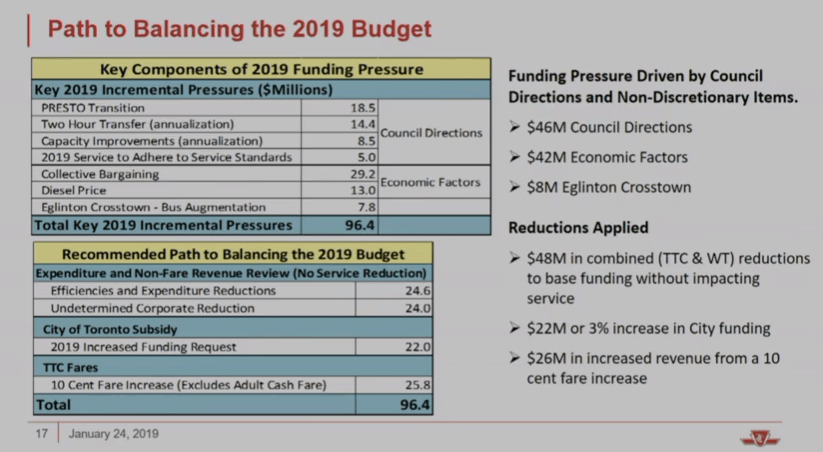 The vote comes during one of the TTC’s worst weeks for commuters so far this winter.

“Today’s delays should be a wake-up call to Mayor John Tory and Premier Doug Ford. Transit riders are paying the price for chronic underfunding,” said TTCriders Executive Director Shelagh Pizey-Allen. “It’s time for the city and province to properly fund the TTC to fix overcrowding and make transit affordable.”

The advocacy group is opposing the TTC’s fare increase, and is warning that delays and overcrowding will worsen if the province uploads the subway system from the city.

“The total unfunded cost of capital investments to maintain the existing subway system and stations over the next 15 years is $16.18 billion,” said the TTCriders. “But the provincial government has said it would only provide $160 million annually for subway maintenance if it takes ownership of TTC subways, leaving $920 million unfunded.”

The TTC is the least-subsidized major transit system in North America, according to the group.