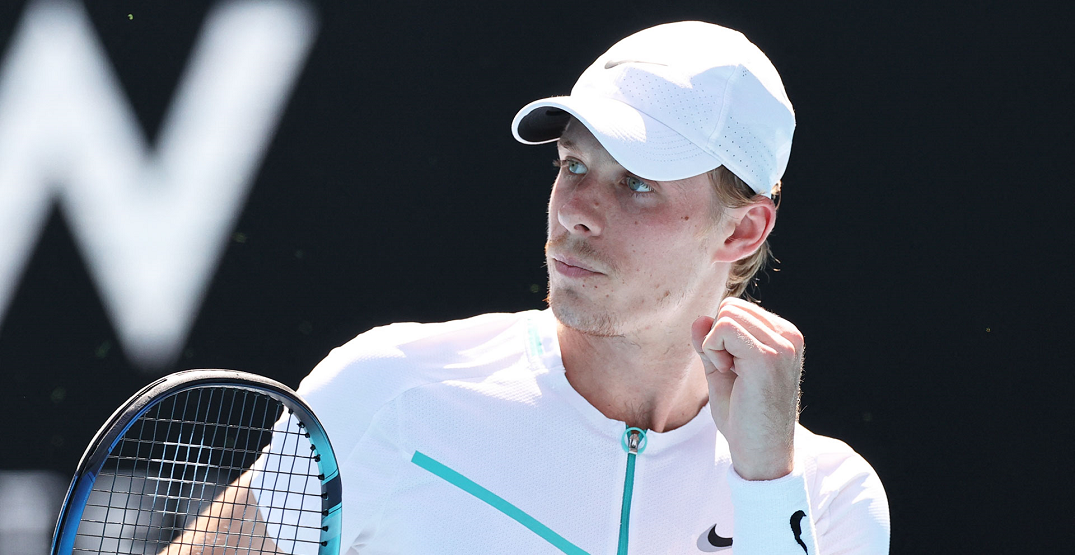 Conventional wisdom would have had Denis Shapovalov losing to Alexander Zverev in the Australian Open round of 16 on Sunday.

But there was nothing conventional about the win for the 22-year-old Canadian.

“It’s probably the one I least expected to finish in three,” said Shapovalov while being interviewed on court following the win over Zverev. “I’m very happy with my performance, definitely happy with where my game is at.”

It’s the third Career Grand slam quarterfinal for Shapovalov, who advanced to the Wimbledon semifinals in 2021.

Shapovalov didn’t have the cleanest performance, picking up 11 double faults and along the way. But after taking the opening set 6-3, Shapovalov’s crucial second-set tiebreak provided the necessary push to complete the match in straight sets.

“I lost a little bit of momentum mid-way in the second set,” Shapovalov said. “But [I] fought well to come back and just kind of rolled with it after.”

Next up is tournament No. 6 seed and 2009 Australian Open champion Rafael Nadal.

Shapovalov is the third Canadian man to advance to the Australian Open final, per TSN’s Mark Masters, with fellow Canadian Felix Auger-Aliassime facing off against Marin Čilić later today with a chance to become the fourth.

🇨🇦 men to reach the singles quarterfinals at #AusOpen

Felix Auger-Aliassime can join this list in a few hours

And yes, Shapo was sure to give the traditional camera lens autograph as well.