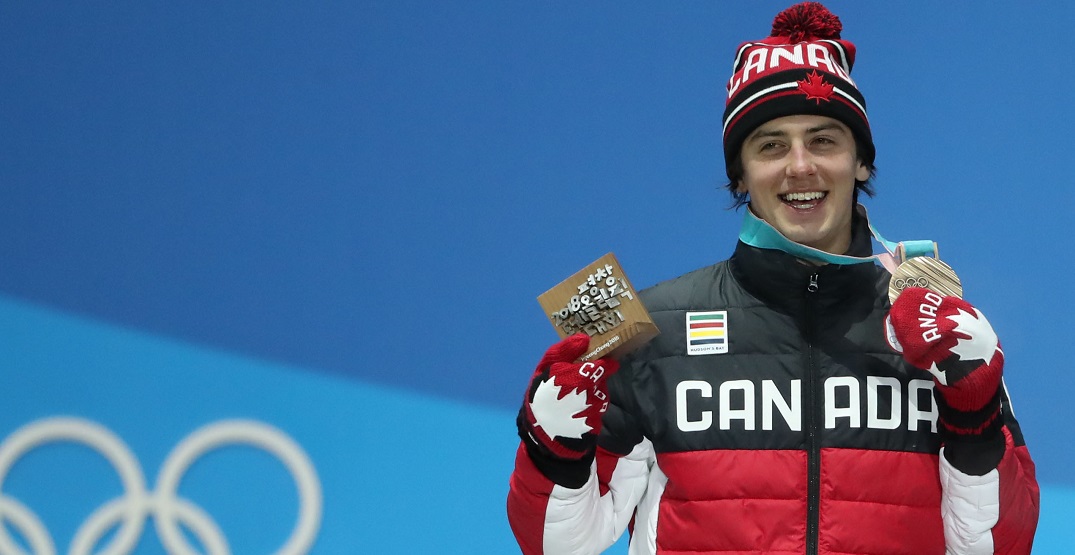 At age 28, Mark McMorris feels like he’s right in the prime of his career.

The Regina native officially was announced this week as one of Canada’s entrants at the Beijing 2022 Olympics, competing in both the slopestyle and big air snowboarding disciplines.

“There’s so many people asking me, ‘hey, are you gonna go?'” McMorris said in an interview with Daily Hive ahead of his appearance this weekend at the 2022 Winter X Games. “It’s really cool for it to be out to the public.”

McMorris has already solidified his snowboarding legacy and was a virtual lock to return to his third straight Olympics based on his fourth-place ranking on the World Snowboard Points List.

But McMorris knows better than anyone that there are no certainties when it comes to the Olympics.

At the 2014 Olympics, McMorris was competing in Sochi with a broken rib suffered at the X Games just two weeks prior to the competition.

McMorris then suffered a near-fatal injury 11 months before the 2018 Games, suffering a fractured jaw and left arm, ruptured spleen, a stable pelvic fracture, rib fractures, and a collapsed left lung after a collision with a tree on a backcountry run.

“I’ve had to deal with a lot of injuries,” McMorris said, putting it lightly. “I’m managing the load and not taking a bunch of impacts for no reason. I’m trying to do quality training over quantity training as I get older.”

McMorris’ first Olympic event this year in slopestyle kicks off February 7, with the big air event being held a week later on February 14.

“It definitely came down to the wire,” McMorris added about the announcement coming just over two weeks before the Games begin. “And it feels like until they announce it, you’re not really sure. But it does feel really good to have it in writing now.”

In many ways, the evolution of snowboarding has run parallel to McMorris’ career.

McMorris has won 20 X Games medals in his career — nine gold, eight silver, and three bronze — in addition to one gold and two silver medals at the snowboarding world championships.

Competing at age 20 in 2014, McMorris entered the inaugural Olympic slopestyle event as a favourite, having won two of the last three X Games gold medals in the discipline.

And by repeating his bronze at the Pyeongchang 2018 Games, McMorris is the only two-time Olympic medallist in the men’s slopestyle event.

In 2020, XGames.com ranked Mark McMorris as the third-best snowboarder in X Games history.

McMorris says grappling with his long-term impact in snowboarding is something that crosses his mind but isn’t something he can spend too much energy pondering.

“The ‘legend’ word is kind of crazy,” McMorris said. “Some people throw it out here and there and things like that. But I just try and focus on snowboarding and being a good example, and being good a representative of the sport.”

For many years, X Games medals were the pinnacle of slopestyle, until the event was introduced at the 2014 Winter Olympics.

With each Olympic appearance, McMorris has levied his success to become one of the most popular figures in Canadian sports. His 769,000 Instagram followers are the most of any Canadian male athlete heading to this year’s Games.

“I’ve seen it twice now, and it is a real thing,” McMorris added about the bump to his fame in an Olympic year. “[People] just get so excited that there’s a Canadian going, and maybe they hear your story. They become fans for life and maybe even get into the sport of snowboarding because of it. Being able to show your passion and your love on that global of a stage is pretty rad.”

One of the ways fans can connect with McMorris is through Cheerios’ Cheer Cards campaign. Through scanning a QR code on specially marked cereal boxes, fans can send McMorris and other Canadian Olympic athletes written and video messages.

“It’s a huge honour,” McMorris said of the Cheerios partnership. “They’re an iconic cereal. Giving fans the opportunity to send those notes in and feel involved is pretty rad.”

Ahead of competing at the Olympics, McMorris favours his chances in both events — but he’s not the only one feeling that way.

“Going to a third straight Olympics, I feel really grateful. I feel like I’m snowboarding the best I’ve ever snowboarded,” McMorris said. “But also the level [of competition] is the best it’s ever been.”

While getting to Beijing remains his main focus, McMorris isn’t ruling out a shot at the 2026 Olympics in Milan, either.