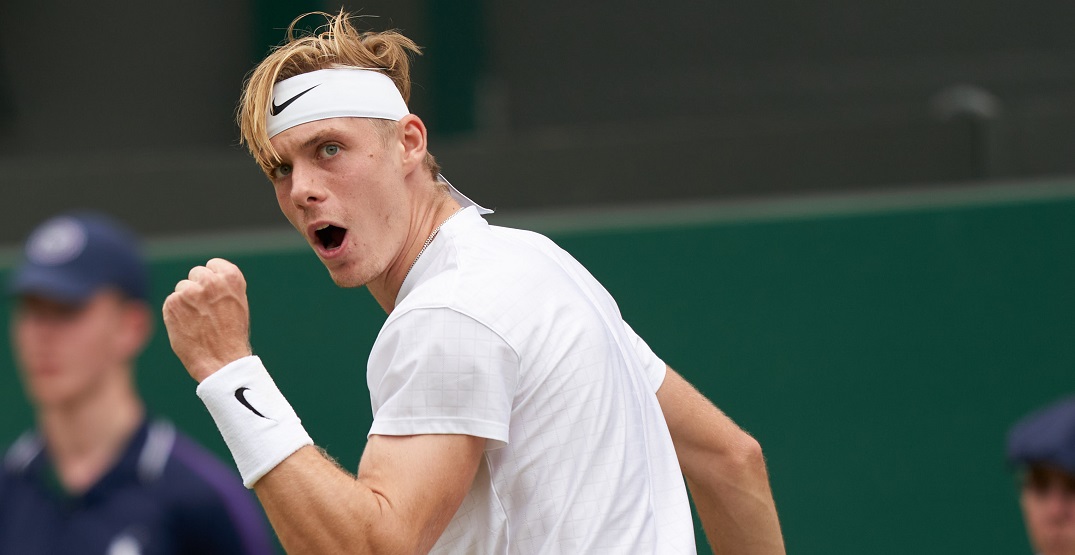 Canadian tennis star Denis Shapovalov is through to his first Grand Slam semi-final.

Shapovalov beat Russia’s Karen Khachanov 6-4, 3-6, 5-7, 6-1, 6-4 in a five-set thriller quarterfinal on Wednesday at the historic All England Club.

Shapovalov collapsed to the court in jubilation as Khachanov hit the game’s final shot into the net.

Currently ranked 12th in the world but seeded 10th at Wimbledon, “Shapo” aims to be the first Canadian man in history to win a Grand Slam.

“I told myself: just literally play every single point as hard as you can today,” Shapovalov said. “Luck was a little bit on my side.”

The Canadian picked up 18 aces on the day. With the win, he becomes the third Canadian man to advance to a Grand Slam semi-final, after Milos Raonic reached Wimbledon’s final in 2016 and the Australian Open semis.

The key game came while tied at 4-4 in the fifth set, where Shapovalov was able to win the break point and won his next service game to take the match.

Shapovalov, who overcame ten double faults on the day to Khachanov’s seven, thanked the fans following the win.

“There were too many times today when I thought Karen was playing too good,” he said. “But you guys kept me rolling; you kept me fighting.”

Novak Djokovic is up next for Shapovalov in Friday’s semi-final.

“He’s the best player in the world,” Shapovalov said. “But when you look at the scoreboard on Friday, it’s going to be 0-0.”

“Nothing else matters,” he continued. “It’s a tennis match, and it could go either way. I have full belief in me and my team, you know, and we’re all putting in the work.”

Fellow Canadian Félix Auger-Aliassime is playing against Italy’s Matteo Berrettini in his own quarterfinal later today.