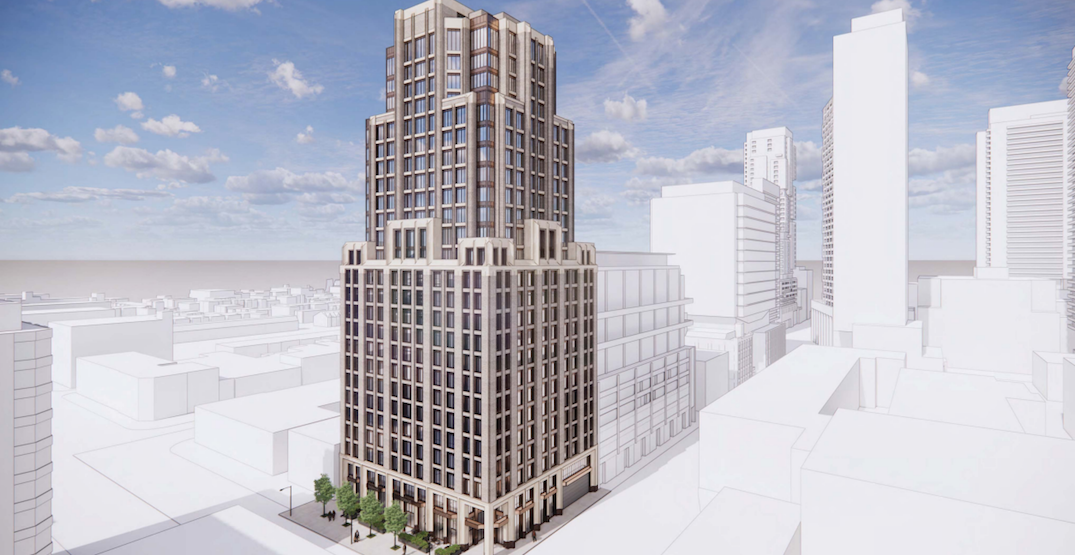 The corner of Spadina Avenue and Richmond Street may soon look very different as a new large tower is planned for the northeast side.

Developer Hullmark filed plans with the City for a 25-storey mixed-use tower at 147 Spadina Avenue that would bring 223 new residential units to the area. The property is currently occupied by a two-storey brick building containing office and retail space. 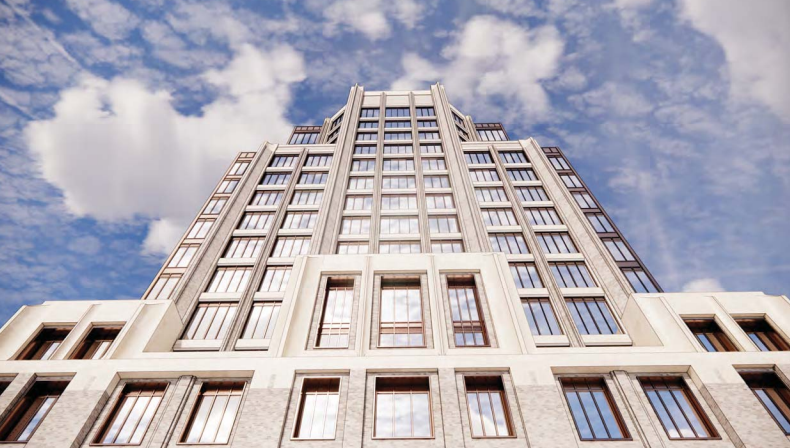 The Garment District, where the new tower would be located, is known for its art-deco-style buildings, and Hullmark hopes to add to that with their new project.

“Our design approach pays homage to this style by incorporating a distinctive base with traditional crown elements and tapering the tower, creating a well-conceptualized building that is a natural fit within the immediate context,” Hullmark’s website reads. 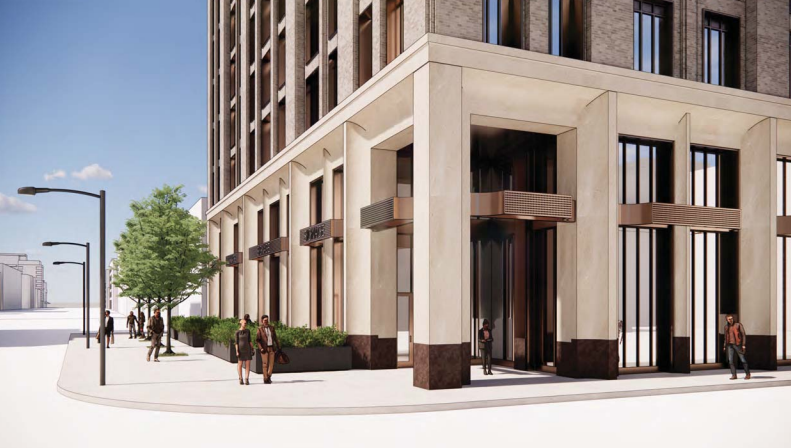 The ground floor of the building will have over 4,600 sq ft of retail space, while the residential units are located above. Of the 223 units, 5% would be studios, 50% one-bedrooms, 30% two-bedrooms, and 15% three-bedrooms. There would also be 26 parking spaces below the tower.

Residents will have access to several amenities on the second and third floors, including 492 sq ft of outdoor space. 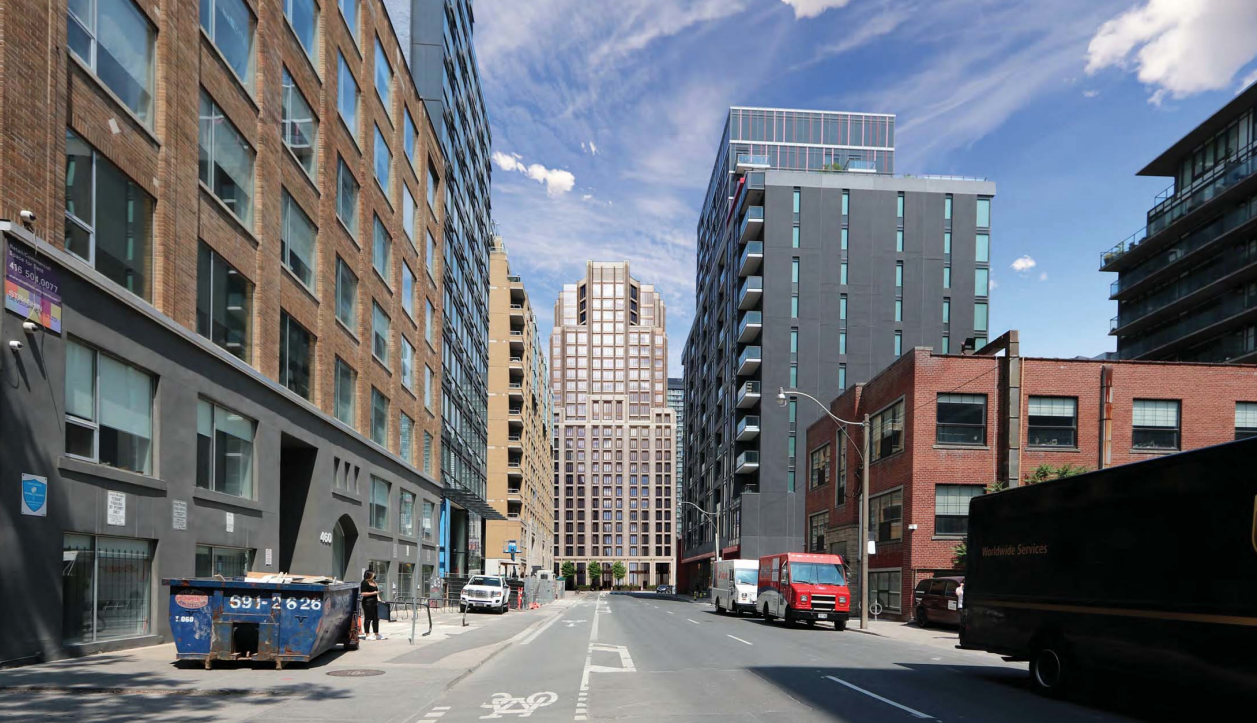 With the upcoming Ontario Line subway having a planned station stop at Queen and Spadina, the residents of this building would have almost immediate access to public transit.

Hullmark’s application will now make its way through City Council Committees for feedback. A City-led community consultation meeting will also take place at a later date.