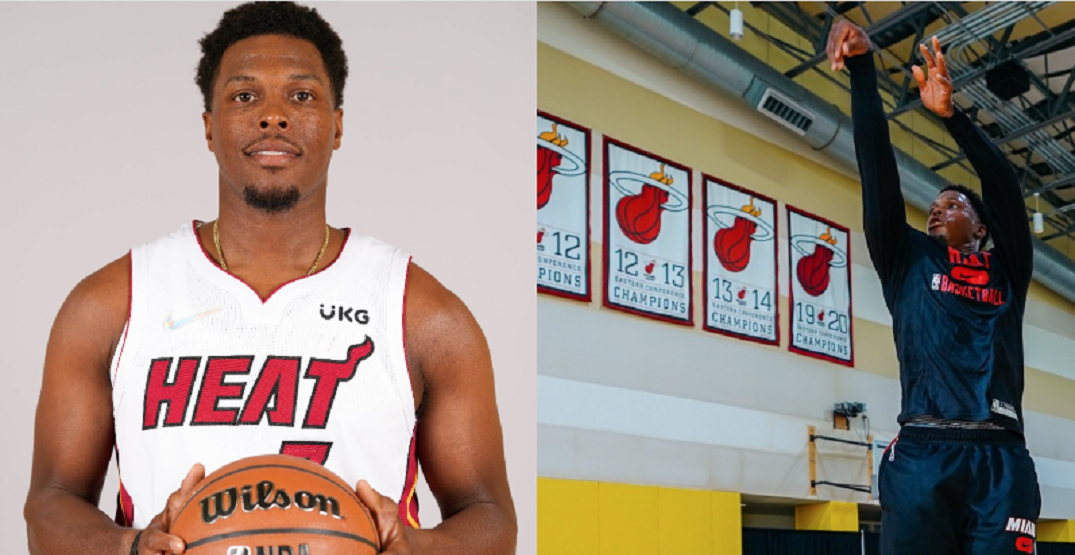 The Toronto Raptors are back in Canada, but there’s one notable absence to the team’s roster — Kyle Lowry, who’s now a member of the Miami Heat.

Over the last week, pictures and videos of Lowry with his new Heat teammates have been surfacing, and Raptors fans haven’t been quite sure how to feel about it all.

This one's not bad. It's literally the same colour scheme as the Raptors home jersey. And he's sitting down so the logo isn't showing. https://t.co/LMg5vcgJS8

Lowry spent 601 games as a member of the Toronto Raptors before departing this summer in a sign-and-trade.

Lowry looked in prime form in an intrasquad scrimmage.

Kyle to Jimmy to Bam💥 pic.twitter.com/xkKzvwTrzo

Lowry was first acquired by Toronto from the Houston Rockets back in 2012, after having initially been drafted by the Memphis Grizzlies. During his nine seasons in Toronto, Lowry made the All-Star game six times and was a key piece of the Raptors’ NBA championship run in 2019.

Lowry returns to Toronto as the Heat take on the Raptors on February 3rd.

The gym has been rockin all week. We take it to the floor tomorrow night. pic.twitter.com/tC1OJkC1tP

The Heat’s first preseason game is Monday night against the Atlanta Hawks, while the Raptors kick off their preseason tomorrow against the Philadelphia 76ers.