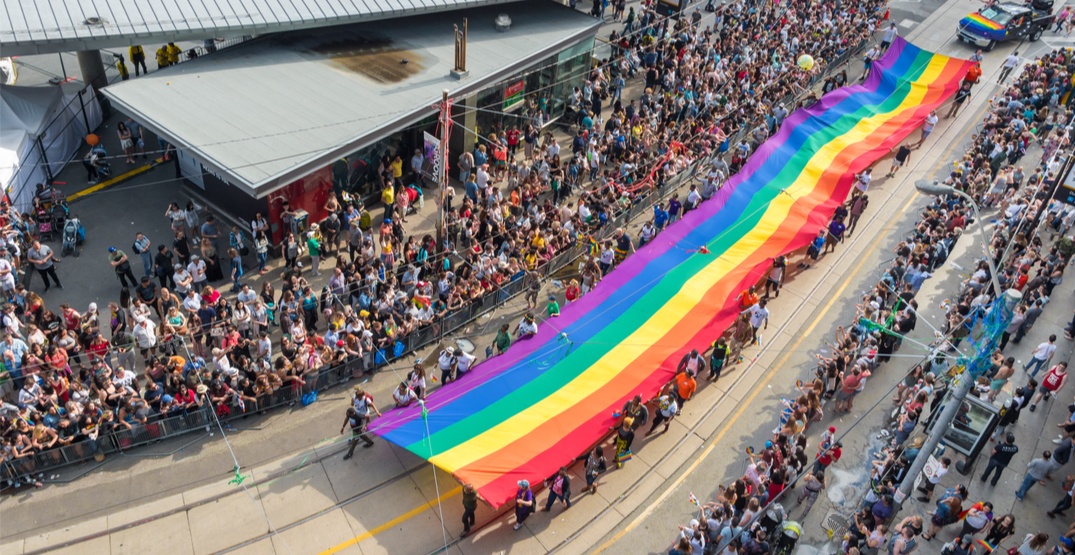 Live music, a street festival, a run, a march, and a parade.

It’s the ingredients for any good weekend. Let alone the first weekend of summer, and particularly one which will get you grabbing your shades for the sunshine and the forecasted 25-degree summer heat.

Unfortunately, it also means more than a few road closures in the city.

You’ll be tapping your feet at various venues downtown for the next 10 days for the TD Toronto Jazz Festival running from June 21 to Sunday, June 30. This weekend will see the festival’s energetic opening weekend kicking off in the Yorkville area.

To accommodate Yorkville’s outdoor stages, you can expect a few road closures in the area between Friday, June 21 at 12 pm to Sunday, June 30 at midnight. During that time, Cumberland Street will be fully closed between Old York Lane and Bellair Street, but to allow access to the garages on Cumberland, two-way traffic will be permitted between Avenue Road and Old York Lane.

As part of the festival, expect some closures to be in place next week also. Hazelton Avenue will be fully closed between Scollard Street and Yorkville Avenue from Monday, June 24 at 6 am to Monday, July 1 at 6 am.

Fairbank Summerfest will be kicking off on Eglinton West, west of Dufferin St. this weekend. You can expect Eglinton Avenue West to be closed from Dufferin Street to Ronald Avenue from Saturday, June 22 at 2 am until Monday, June 24 at 2 am.

At 7 pm tonight, Friday, June 20, Pride Toronto is organizing the Trans March, which will begin at the North Stage of the Pride Festival Street Festival at Church Street and Isabella. The march will finish off an hour later at Allan Gardens.

Police are saying the rolling road closures will take place for the march and that street lanes along the route will be closed, while other lanes will be open to traffic.

Summer Solstice Festival will be taking over the Junction on Saturday, June 22 this weekend, bringing the best eats and shops from the area out onto the streets, as well as performers and activities to look forward to all day and night.

There will be full road closures from Saturday as early as 5 am to Sunday, June 23 at 1 am. Dundas Street West will be closed between Indian Grove and Keele Street, and Keele Street and High Park Avenue, though Keele Street will remain open.

As part of Pride Toronto, the Pride and Remembrance 5k run and 3k walk will kick off Saturday, June 22 at 10 am, and road closures will be in effect for the morning between 6:30 am and 12 pm.

Also part of Pride Toronto’s festival weekend, the Dyke March will be taking place on Saturday in the area of Church Street and Hayden Street.

Portions of Hayden Street and Church Street will be closed from noon until about 3 pm, portions of St. Mary’s Street, Breadalbane Street, Isabella Street, and Wood Street will also be impacted from 5 am to about 9 pm.

There will also be rolling closures in the area on Hayden Street, Bloor Street East, Yonge Street and Carlton Street beginning at 2 pm until about 5 pm for the parade route.

Thrill of the Grill

That BBQ is going to fire up under the summer sun for Thrill of the Grill on Danforth this Saturday, June 22. Danforth Avenue, as a result, will be closed from Broadview Avenue to Playter Avenue from 3 pm until midnight.

Once Thrill of the Grill’s BBQ has filled you up, treat yourself with some dessert at the Queensway Butter Tart Festival taking over Queensway Park on Saturday with butter tarts, a beer garden, live music, and entertainment.

Thousands will be marching colourfully through the sunshine for Toronto’s Pride Parade this Sunday, June 23, that’s kicking off at 2 pm at Church Street and Bloor Street.

At 8 am, the parade will start forming up on Rosedale Valley Road, which will be closed at that time between Park Road to Bayview Avenue.

Toronto Police say that they expect roads to reopen by about 7 pm, and the TTC Dundas Street Streetcar will be out of service during the closures.