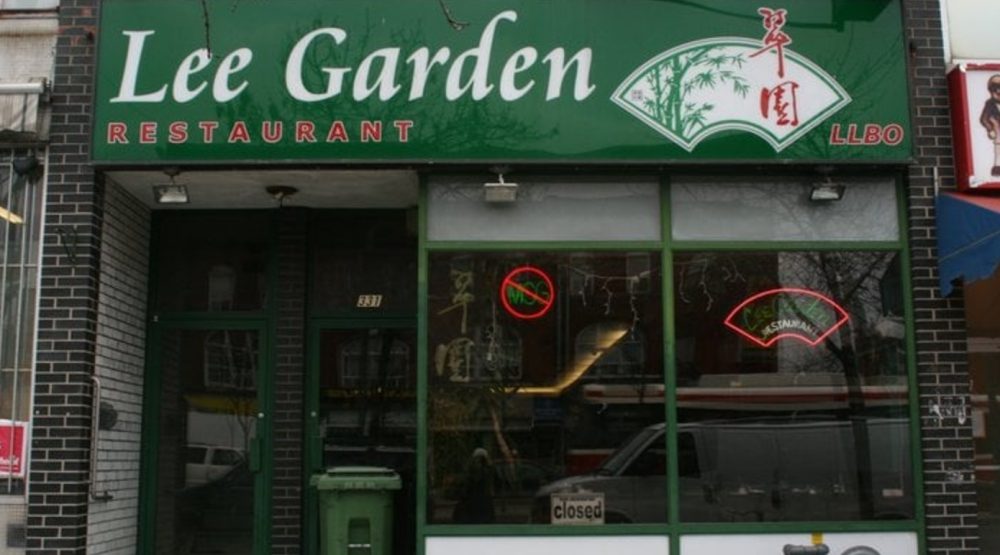 Summer is finally here in Toronto and while most of the city survived another winter thaw, there were naturally a few casualties. Fifty Toronto restaurants shuttered this spring.

Pour one out for these eateries, pubs, bakeries, and cafes that wont have another day in the sun.

Against the Grain, 87 Laird Drive, East York
The location at Corus Quay remains open but the Leslieville pub will soon be replaced by the Barrel House from Amserdam Brewing Co.

BakeryHaus, 238 Queen Street West, Toronto
The “bakery and kaffee haus” located inside the Queen Street Market is no more.

The Baro, 424 Queen Street West, Toronto
The chopped salad shoppe on Queen West had a hard time making a go of it through serious and obstructive construction during its first year in business.

The Beaconsfield, 1154 Queen Street West, Toronto
The venue across from The Drake Hotel suddenly shuttered this spring after 13 years on West Queen West.

Come & Get It, 676 Queen Street West, Toronto
The Queen West snack bar quietly closed this spring and is soon to be replaced by Soufi, Syrian kitchen specializing in maneesh and knaffeh.

The Commodore, 1265 Queen Street West, Toronto
Shuttered March 27 after a year and a half serving seafood in Parkdale.

Frank’s Kitchen, 588 College Street, Toronto
The bastion of fine dining in Little Italy closed in April and has since been replaced by Abbiocco.

Houston Avenue Bar and Grill, 33 Yonge Street, Toronto
The chain of grill houses remains popular in Quebec but shuttered in May after a decade in Toronto’s Financial District.

The Kathi Roll Express, 692 Yonge Street, Toronto
The Indian street hawker closed its Yonge Street outlet and has announced plans for a new location (TBA) in addition to its food truck.

Kobo Nobu, 786 Broadview Avenue, Toronto
The Japanese cookhouse closed in May after a three-year stint on the edge of Greektown.

I TRY NOT TO GET SENTIMENTAL BUT THIS ONE HURT • BEEN GOING TO LEE GARDEN FOR ALMOST 15 YEARS • WAS A STAPLE IN MY FAMILY, MY GRANDPARENTS WERE DONS THERE • FROM BEING LITTLE AND PLAYING NINTENDO WITH ALL MY COUSINS TO MY GRANDFATHER POURING COGNAC INTO TEA CUPS • THIS PLACE WAS A CHINATOWN LEGEND • FREQUENTED BY CELEBRITY CHEFS AND OG IMMIGRANTS, LEE GARDEN WAS SOME REAL ASS CANTONESE CUISINE • THEY STAYED UNWAVERING IN THE FACE OF HIPSTER ASS FUSION BULLSHIT AND GENTRIFICATION • WITH IT’S SUDDEN CLOSURE EARLIER THIS WEEK, I LEAVE A PIECE OF MYSELF THERE TO DIE • HOPE ALL THE STAFF ARE DOING WELL #THEREGOESTHENEIGHBOURHOOD

Milagro, 3187 Yonge Street, Toronto
The Yonge Street cantina may be shuttered but you can still find Milagro operating outposts on West Queen West as well as on Mercer Street.

The Passenger, 2968 Dundas Street West, Toronto
It’s lights out for this speakeasy in The Junction.

Pizza Thick, 536 Queen Street East, Toronto
The pizzeria devoted to Regina-style pies shuttered its Leslieville location in April and has taken up residency in the space shared with Death in Venice Gelato at 536 Queen Street West.

The Red Bench, 611 Yonge Street, Toronto
The frozen yogurt joint closed up shop suddenly at the end of March when it chose not to renew its lease at the eleventh hour.

Rione XI, 672 St Clair West, Toronto
The novel Jewish-Italian restaurant on St. Clair West closed just a year and a half after its debut.

The Rolling Pin, 3429 Yonge Street, Toronto
The Yonge Street bakeshop has relocated to Avenue Road leaving a doughnut-shaped hole in the hearts of Yonge and Lawrence locals.

Rose City Kitchen, 36 Toronto Street, Toronto
First, the food truck vanished from Toronto streets, then the Queen West outlet, and now the food court stall at 36 Toronto is dunzo too.

Sky Blue Sky Sandwich Company, 605 Bloor Street West and 333 King Street East, Toronto
Both locations of this Wilco-inspired sandwich shop shut down this spring following the sale of the business to new owners. As NOW reports, the new owners likely didn’t even know who Wilco was.

The Standard, 667 College Street, Toronto
After 25 years, this pizza and pasta joint in Little Italy has closed its doors for good.

Tilde
The taqueria on The Danforth closed in late May and is soon to be replaced by NōMads Restobar.