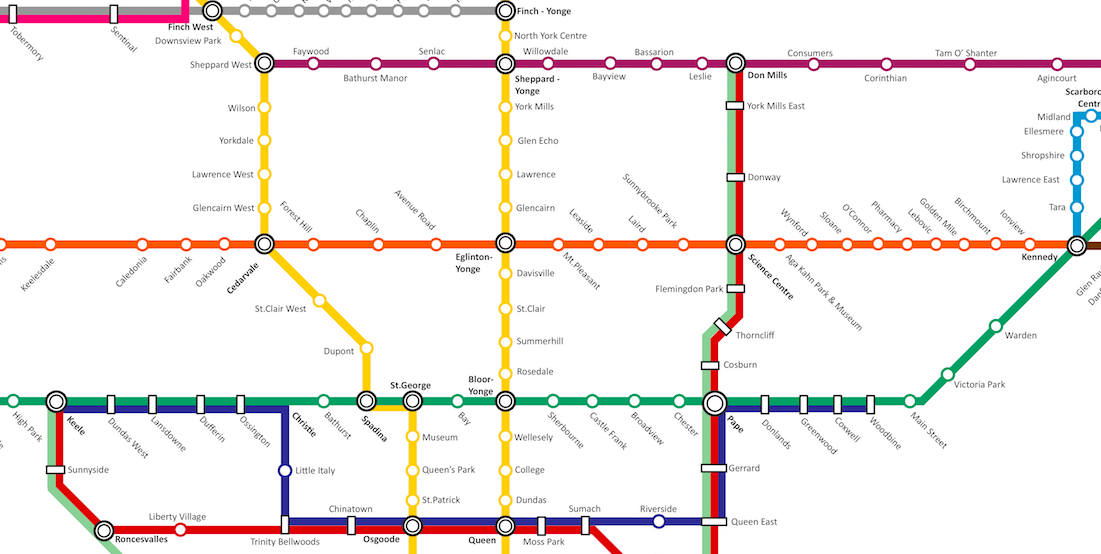 We are all about the TTC fantasy maps that give us hope for more reliable lines.

From a fantasy map created by a redditor in February, which included the subway system, there’s a light rail, cable car, and even includes ferry routes, to this epic Super Mario inspired TTC map, there is no shortage of what Torontonians can do when it comes to dreaming of our transit system.

And now, redditor JSF-1 has shared their creation of a TTC map with “almost all the unbuilt/planned lines included.”

Check out the latest TTC fantasy map, of what could have been, our subway system.