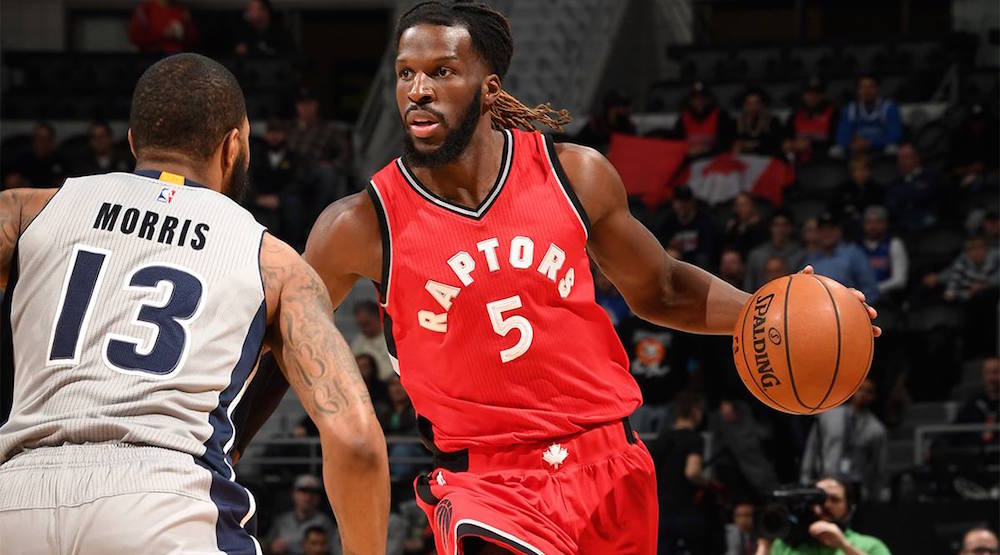 The Raptors are a step closer to finally having the necessary space to make some noise in free agency.

The Raptors have reportedly dealt DeMarre Carroll, along with a future first and second-round draft pick to the Brooklyn Nets for Justin Hamilton.

Carroll was originally signed by the Raptors in the 2015 off-season, pinned as the top available wing player in the free agent class. However, injuries stumped Carroll for most of his tenure with the Raptors, playing only 26 games in 2015-16, and while he did play 72 games this past season , Carroll was not at 100%.

The picks being moved in the deal are minor setbacks: the first-rounder is lottery protected, and the expectation is that the pick will be in bottom third in the draft. The Nets will also receive a second-round pick.

The expectation is that Hamilton, a 7-foot journeyman centre will not be a Raptor come training camp.

Moving Carroll not only brings the front office closer to saving the organization from tax, but will now allow consistent time for Norman Powell, who may be moved to the full-time starting small forward position in the meantime — barring any more deals/signings that could answer that hole.

The Raptors free up approximately $30 million over the next two years with this trade.

Moving at least this year’s cap hit of $14.8 million, Raptors’ president, Masai Ujiri, is a just a couple million above the tax apron — meaning another smaller move is to be expected for the Raptors to be able to sign a player in free agency using the full mid-level exception (approximately $8 million).

Currently, the Raptors have $5.2 million available to sign a free agent, which is not nearly enough to get an impactful player.

Expect one or two more trades to be made to clear up cap space, followed by a free-agent signing or two that will complete the current roster.