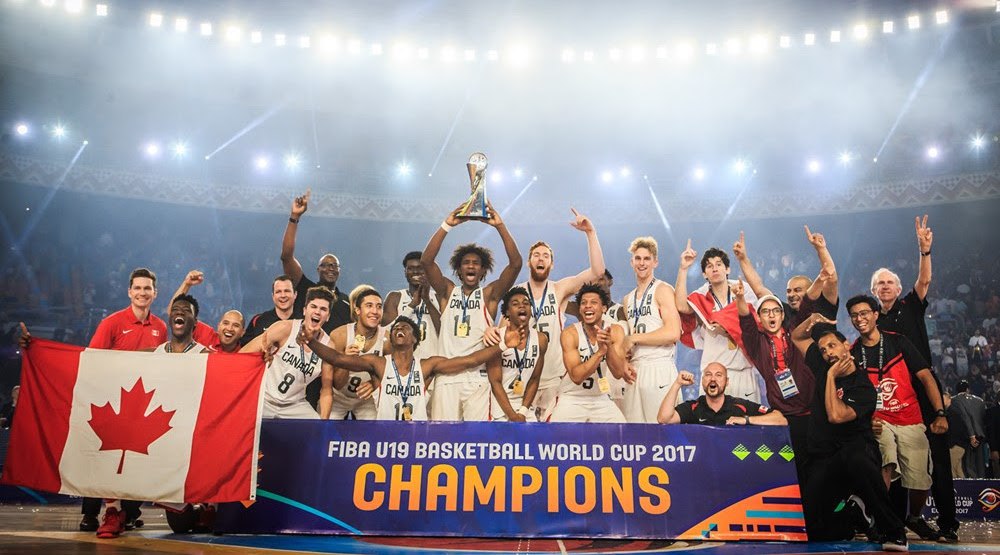 It wasn’t a fluke.

Canada, who shocked everyone by upsetting USA in the semi-final on Saturday, put forth a dominant performance on Sunday. They beat Italy in convincing fashion in the final, winning 79-60 to capture our country’s first-ever championship at the FIBA U19 World Cup in Cairo, Egypt.

Canada wasted no time asserting their dominance, jumping out to a 24-10 lead after the first quarter. They were in full control for the entire game, dominating the glass by out-rebounding the Italians 71-46, en route to victory.

“I don’t think anything was going to stop us tonight in the championship game,” head coach Roy Rana said. “Incredible tournament, like most world championships. Lots of ups and downs, twists and turns, but our guys stayed in it.

“They were mentally tough, they believed in themselves, and we found a way. Incredible moment for our country, for these kids…it’s unbelievable to be able to say that we’re the best team on the planet at the U19 age level. It’s hard to express what we’re feeling right now as a group.”

RJ Barrett, son of former national team member Rowan Barrett, led the way for Canada once again with 20 points and 12 rebounds. The 17-year-old was named tournament MVP, putting an exclamation mark on his arrival to the world scene.

Barrett along with teammate Abu Kigab, who had 15 points and 10 rebounds in the final, were both named to the tournament ‘All-Star Five.’

The performance by the Canadian teenagers will undoubtedly get people excited about the future of the senior men’s national team. Canada hasn’t qualified for the Olympics since 2000, but that should soon change.

Canada has never had more talented basketball players playing in the NBA. If some of these U19 players can add to that talent pool in a few years, our country could become a basketball world power with Andrew Wiggins, and perhaps RJ Barrett, leading the way.