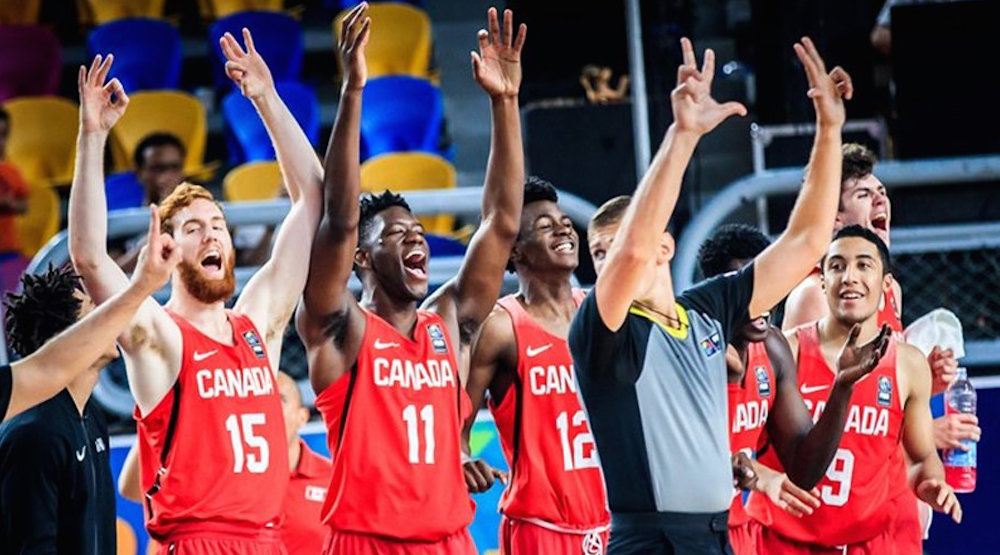 Canada has made history at the FIBA U19 Basketball World Cup in Cairo, Egypt.

Canada will play for gold for the first time ever, after an upset 99-87 win over the defending champions from the United States in the semi-final.

Mississauga’s RJ Barrett led the way for the Canadians, as the 17-year-old scored 38 points to go with 13 rebounds and five assists. Abu Kigab added 14 points and six rebounds, while Nate Darling had 13 points and three assists.

“It felt great to watch and support the team,” said Lindell Wigginton, who had to sit out the game with an injury. “They battled through ups and downs, battled through adversity and got it done for me when I was out.”

Canada celebrating their historic victory over USA in the semi-finals of the FIBA U19 World Championship. Fantastic game. pic.twitter.com/uu2PDRQ4Bj

“What an incredible moment for Canadian basketball, for these kids, for this team,” said head coach Roy Rana. “Great win, now we’ve got to move on and get ready to play for – as unbelievable as it sounds – a world championship.”

Missed any of the action today (and how could you have)? We’ve got you covered with highlights from our 99-87 win vs USA 🇺🇸 #WeAreTeamCanada pic.twitter.com/e3hWk7Nxfm