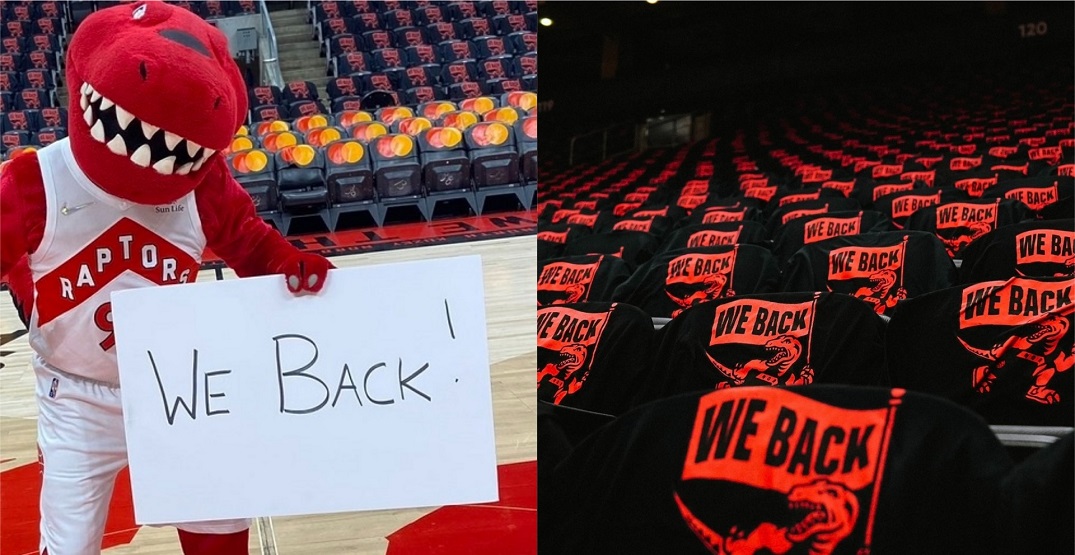 The time has finally come for the Toronto Raptors home opener.

The Raptors are returning to Scotiabank Arena for their first home game since February 28, 2020, after spending all of last season away from home.

It’s been an even 600 days since the Raptors tipped off in Toronto, playing the entirety of their 2020-21 schedule at Tampa’s Amalie Arena.

Tip-off is set for 7:30 against the Washington Wizards, with the game being broadcast nationally on TSN.

Things have definitely changed since Toronto’s last played in Toronto. The team has nine new players from last season alone, and 11 since the year prior.

“It’s a young team with a lot of versatility, so I think that will make a lot of problems for the opponents,” new Raptors guard Goran Dragic said after Tuesday’s practice. “It’s going to be tough to beat us, especially at home.”

“I can’t wait to play in front of that packed house, in front of the crowd. [They’ll] bring a lot of energy,” he said. “It’s going to be very exciting.”

Free t-shirts exclaiming “We Back” will await each of the game’s fans.

After it initially looked like he’d be out of the game with a finger injury, forward Chris Boucher has been activated and will play tonight.

The starting lineup has yet to be released.

New health and safety protocols have been implemented for this season, including mandatory COVID-19 vaccination proof and mask-wearing while not eating and drinking.

Welcome back to Scotiabank Arena! For those attending tonight’s @Raptors' game please familiarize yourself with these important new procedures to keep fans and staff safe.

Following tonight’s game, the Raptors travel to Boston on Friday before returning home Saturday for a game with the Dallas Mavericks.