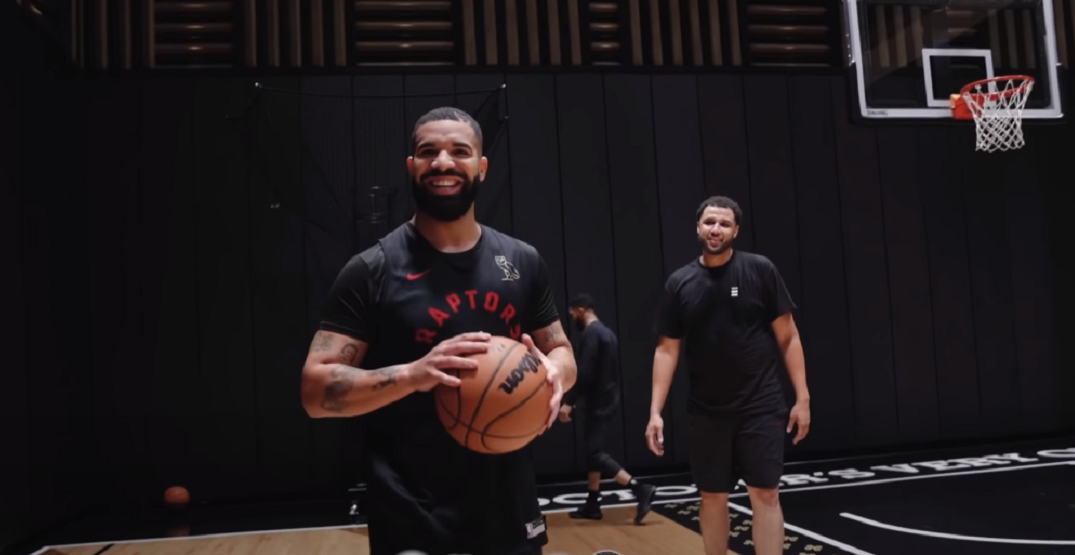 Drake has never hidden his love for basketball and the Toronto Raptors.

The rapper made an appearance in a recent video by Toronto-based content creator K Showtime, playing pickup ball in a custom #6 Raptors jersey that simply said “The Boy.”

The pair managed a couple of victories in the process.

Drake even acknowledged a recurring internet trend that’s been poking fun at his corniness — often likening him to outdated catchphrases.

“Geez Louise, man,” Drake said at one point of the game while calling for a foul. “Drake the type of guy to say, ‘Geez Louise.'”

You can watch the full video here:

Drake and K Showtime won two games in the video, played out on Drake’s custom “October’s Very Own” court.

In a “post-game interview,” Drake showed some love to K Showtime.

“I have to respect this guy for doing something that he’s great at, bringing the city together and showing kids that there’s so much positive you can do with your time,” he said. “This guy’s out here grinding, putting the city on his back.”

Despite his wins, it doesn’t seem like the Raptors will be signing the homegrown rapper to their roster anytime soon. Their season tips off tonight, with their home opener set for 7:30 pm ET against the Washington Wizards.