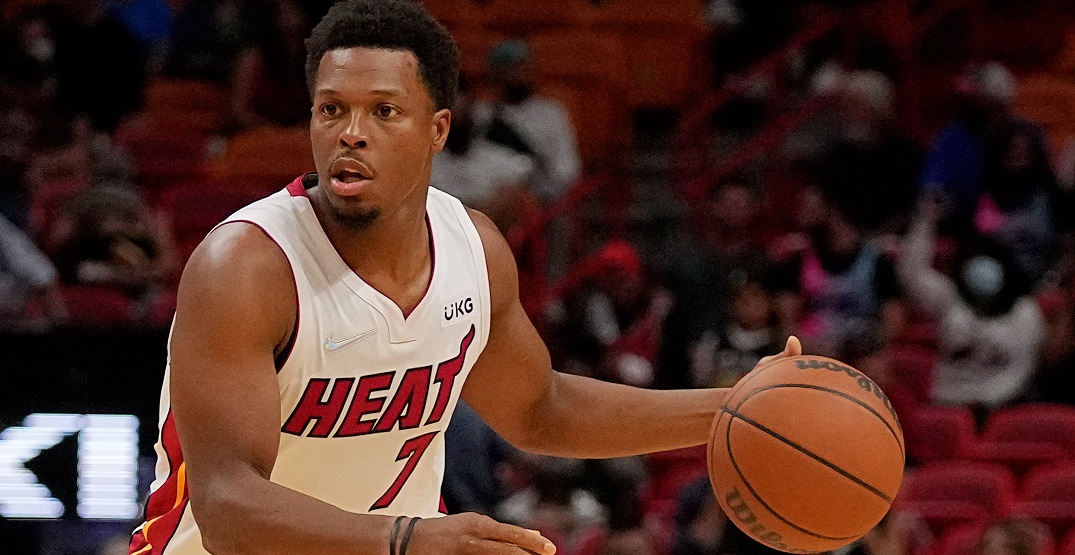 Kyle Lowry’s return to Toronto is set to be one of the most memorable nights in Raptors regular season history.

Lowry and his Miami Heat teammates will be coming to town on February 3, 2022, for his first appearance on an opponent’s roster in Toronto since 2012.

Lowry, of course, left Toronto this summer in a sign-and-trade deal that brought Goran Dragic and Precious Achiuwa to the Raptors.

Lowry played 601 games in Toronto, second only to DeRozan. He made six all-star teams while on the Raptors, and was one of the biggest driving forces behind their championship in 2019. He’s the team’s all-time leader in assists and steals, while sitting second in points.

But unless you were able to scoop up tickets already, it’s set to be quite expensive to attend the Heat’s appearance in Toronto. The game, which went on sale to the general public last Friday, is already sold out, with resale tickets on Ticketmaster starting at $328 at press time.

There are still very limited seats available for Miami’s second trip on April 3, with the cheapest price being $68.50 for a standing room ticket.

DeMar DeRozan’s trip with the San Antonio Spurs in February 2020 gave us an expectation of what Lowry’s return to Toronto would probably look like.

Before the game, the team will honour the near universally-agreed upon “greatest Raptor of all time” for his nine seasons in Toronto with a wholesome pregame video. There will be hugs, laughs, and probably a few tears prior to tipoff.

But it’ll be followed by a game of basketball that, even subtly, is meant to show that Toronto is still one heck of a talented team.