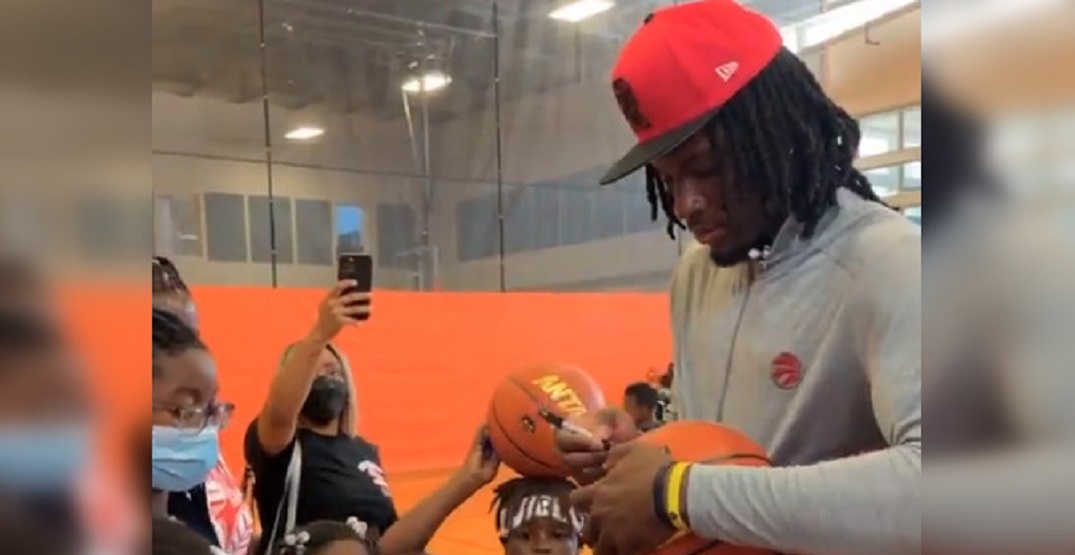 Achiuwa was acquired by Toronto earlier this month as part of the Kyle Lowry sign-and-trade, but felt he still had a commitment to a Miami elementary’s back-to-school event despite his move north of the border.

Achiuwa, a 21-year-old who was taken with Miami’s 2020 first-round pick, handed out backpacks full of school supplies and signed autographs for approximately 100 schoolkids at Gibson Park in Miami.

Really cool move by Precious Achiuwa, who held a back-to-school event today at Gibson Park in Miami. Event was planned before his trade to Toronto, and Precious still decided to move forward with it to provide more than 100 children with backpacks and school supplies pic.twitter.com/rCAeqAidqw

Achiuwa, who is Nigerian, has connections to the Raptors that run deep, as he attended one of the ‘Giants of Africa’ youth programs that Raptors vice-chairman and president Masai Ujiri is a co-founder of.

“His first word was ‘finally,’” Ujiri said of his first conversation with Achiuwa following the trade to Toronto. “My first word was, ‘you are mine now.’”