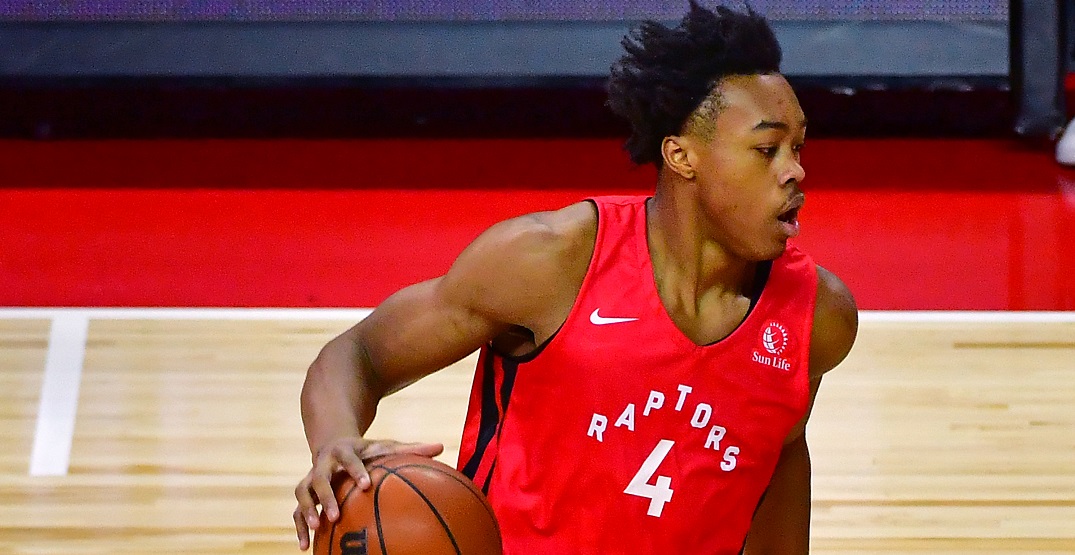 Cunningham, who was taken first overall at last month’s NBA draft, and Suggs, who was taken one spot behind Barnes at fifth overall, praised Barnes during a courtside interview at Las Vegas’ annual NBA Summer League tournament.

Asked who was the loosest guy in the draft class, both players immediately brought up Barnes’ name.

Cunningham and Suggs had previously played alongside Barnes at the 2019 U19 World Cup for Team USA, where the Americans won the gold medal.

“Scottie’s infectious. He’s someone you want to be around,” Suggs added. “He’s cracking jokes off the court, but on the court, he’s super serious. It makes you want to run with him.”

The Raptors, who have gone 3-1 in the Summer League thus far, are set to play their final contest in Vegas later today against the Brooklyn Nets. Tip-off is set for 5:30 ET/2:30 PT on TSN2.