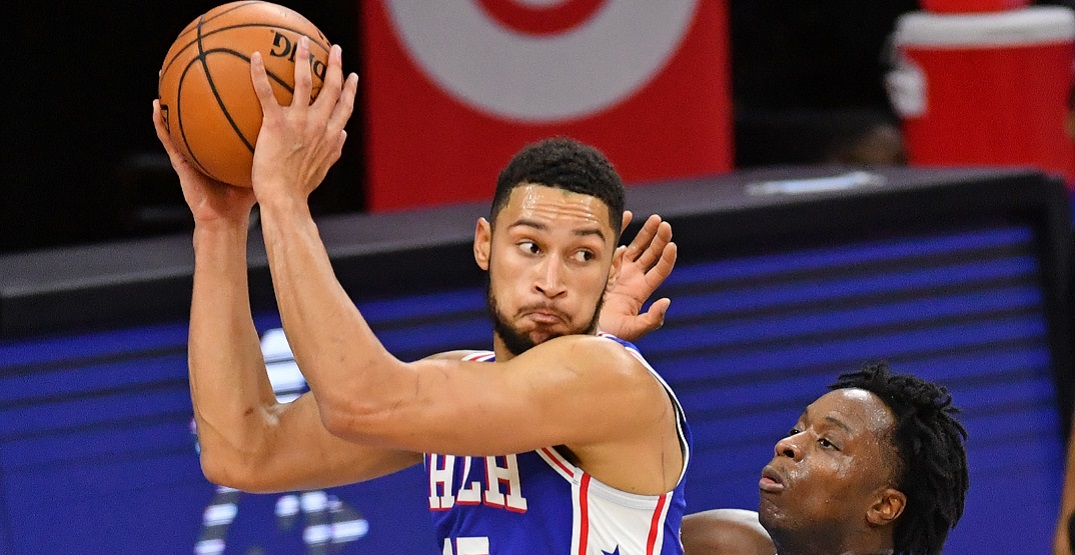 Where Philadelphia 76ers guard Ben Simmons plays this upcoming season is anyone’s guess. It’s looking increasingly likely that his time in the City of Brotherly Love has come to an end.

ESPN’s Adrian Wojnarowski reported on Tuesday morning that Ben Simmons “intends to never play another game” for the 76ers franchise.

ESPN Sources: Philadelphia 76ers All-Star Ben Simmons will not report for opening of training camp next week and intends to never play another game for the franchise. Simmons hasn’t spoken to team since a late August meeting when he communicated this message to Sixers officials.

The Toronto Raptors had previously made a trade offer for Ben Simmons, per The Athletic’s Shams Charania, but exact details of the proposed trade did not leak.

A three-time All-Star and former first overall draft pick, Simmons’ next destination has been one of the hottest stories of the NBA offseason.

Toronto has several pieces that would be attractive in a Simmons deal, such as Pascal Siakam, Fred VanVleet, and OG Anunoby. It’d be hard to imagine the Raptors parting with any of those core players to a divisional rival, but it’s also rare to see a player of Simmons’ calibre hit the market.

Whatever happens, it’s sure that the rumour mill will be alive and well until the Ben Simmons situation with the 76ers gets resolved.