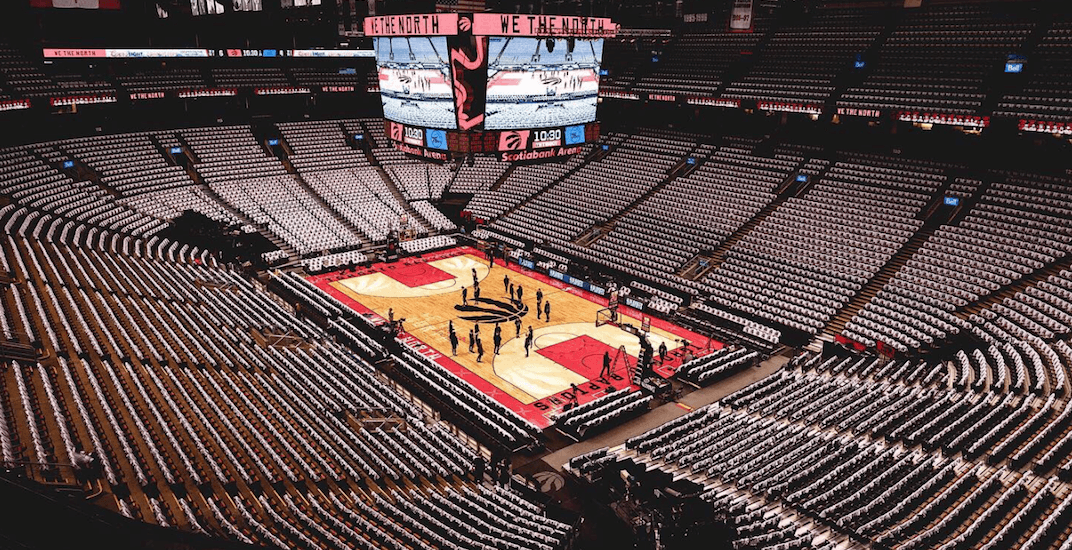 Ask and you shall receive.

At the end of the Raptors’ Game 4 victory in Philadelphia, TSN broadcaster Jack Armstrong had a request for the team and fans as the series shifted back to Toronto.

“Alright, folks, you got a chance to go back up… and win on your home court in Game 5. That place has gotta be jumpin’! They gotta open the gates at Scotiabank Arena earlier, so people can get in there. Everybody needs to be in their seat for the start of the national anthem – with 20,000 people going crazy.

“And the crowd’s gotta be a factor. Alright?

“And my man, Matty D (play-by-play broadcaster Matt Devlin) – free beer from Matty D! -for everybody that comes early.”

No word yet on the free beer, but the Raptors have answered Jack’s other call.

We heard you, Jack.

Doors will open early at 6:30 tonight. Let’s pack @ScotiabankArena for the anthem and show ‘em that this is our house.#WeTheNorth pic.twitter.com/IZr7B8V9zO

Doors at Scotiabank Arena will open at 6:30 pm, 30 minutes earlier than usual, for tonight’s playoff game that tips off at 8 pm.

Jack and the Raptors are looking for fans to step up their energy level after witnessing a hostile environment in Philadelphia for Game 3 and 4.

So get there early, stay off your phone, and make some noise. With the series tied 2-2, tonight’s game is critically important for the home team.