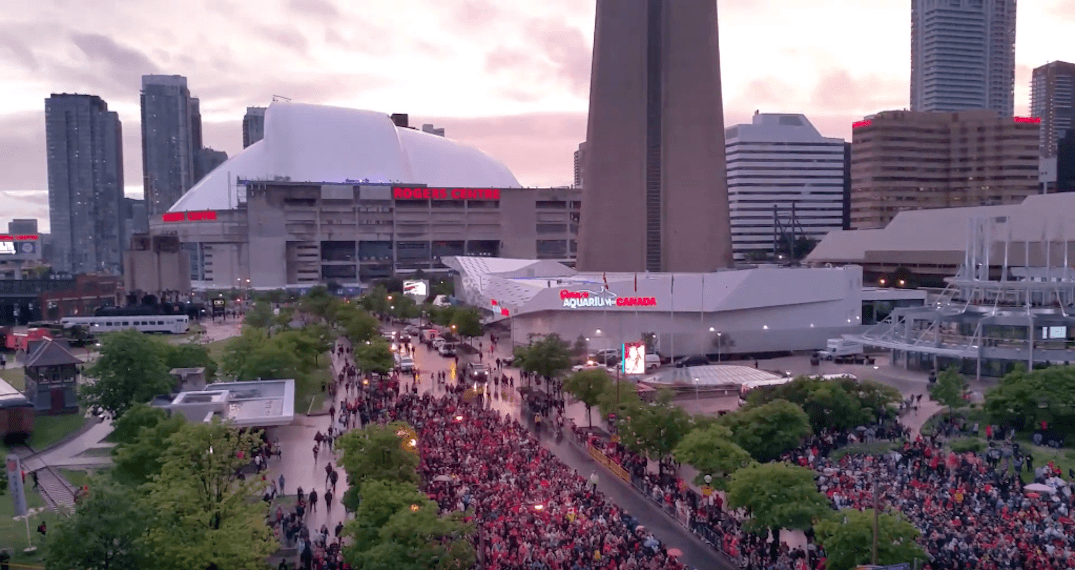 Before what could have been the biggest game in franchise history, the Toronto Raptors went in an unconventional direction for the singing of O Canada inside Scotiabank Arena.

Meanwhile outside, fans did the same before the big game against the Warriors.

Because Jurassic Park was full early, meaning 10,000 people packed the square, fans gathered all down the street and a block away at Lower Simcoe and Bremner.

And before the game, they also took part in singing O Canada.

Luckily, someone was there to shoot the vastness of this crowd, and the Torontonians’ singing skills.

Check out their video below:

The Raptors are back in Oakland for Game 6 on Thursday, facing the Golden State Warriors at 9 pm ET/ 6 pm PT.