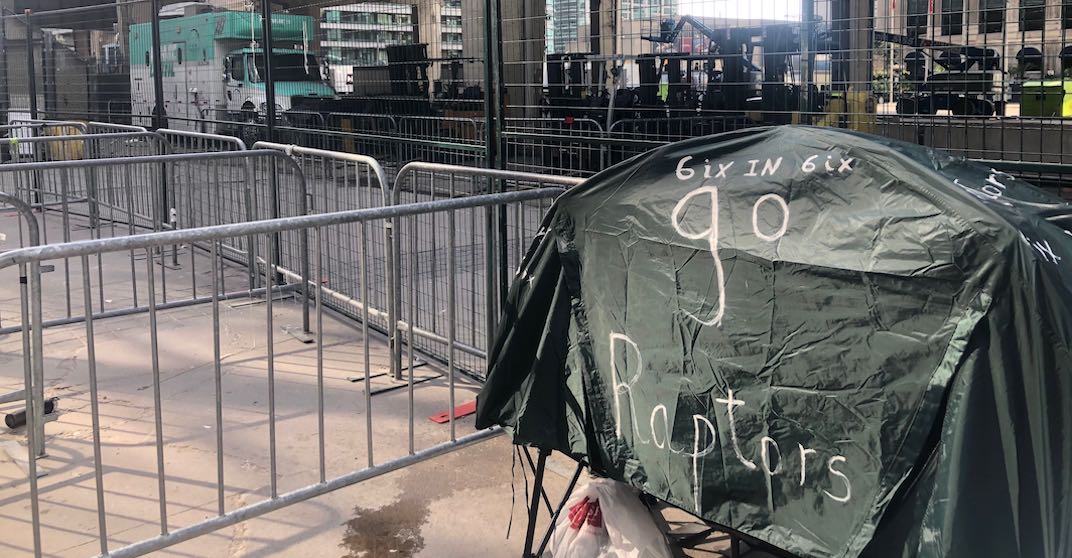 We’re just a little over a day away from what could be the biggest night in Toronto Raptors history.

On Thursday, the Raptors will face off against the Golden State Warriors in Oakland for Game 6 of the NBA Finals, and if the Raps get the win, it will be their first-ever championship in franchise history.

Despite the game taking place in Oakland, California, fans in Toronto are very excited for Thursday night. Some definitely more than others.

One eager fan has already begun waiting to get into Jurassic Park and has set up camp outside of Scotiabank Arena.

On Wednesday morning, one solo tent could be seen set up within the waiting gates, with the phrases “Go Raptors Go” and “Six in Six” written on it.

Here’s a look at the first fan in line on Wednesday morning: 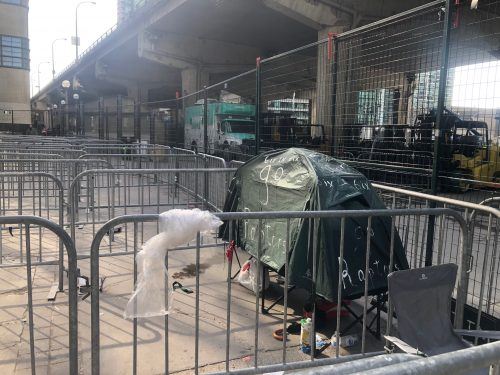 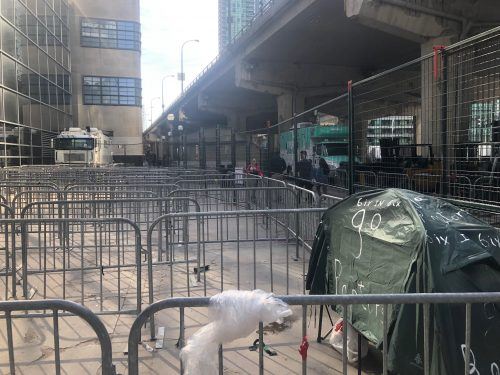 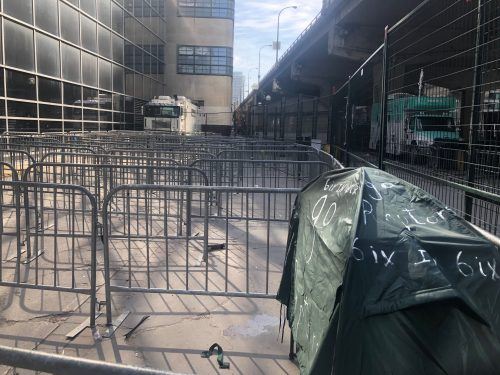 This isn’t the first time fans lined up early to get into Jurassic Park for an NBA Finals game. Fans camped out for almost three days ahead of Game 5 on Monday.

But camping out early definitely paid off, the first four fans in line were given tickets to watch Game 5 live inside Scotiabank Arena.

This included Tyler Seaton and Angie Taylor from Cambridge, ON, as well as Zac and Doug Tiessen from Stoney Creek, ON.