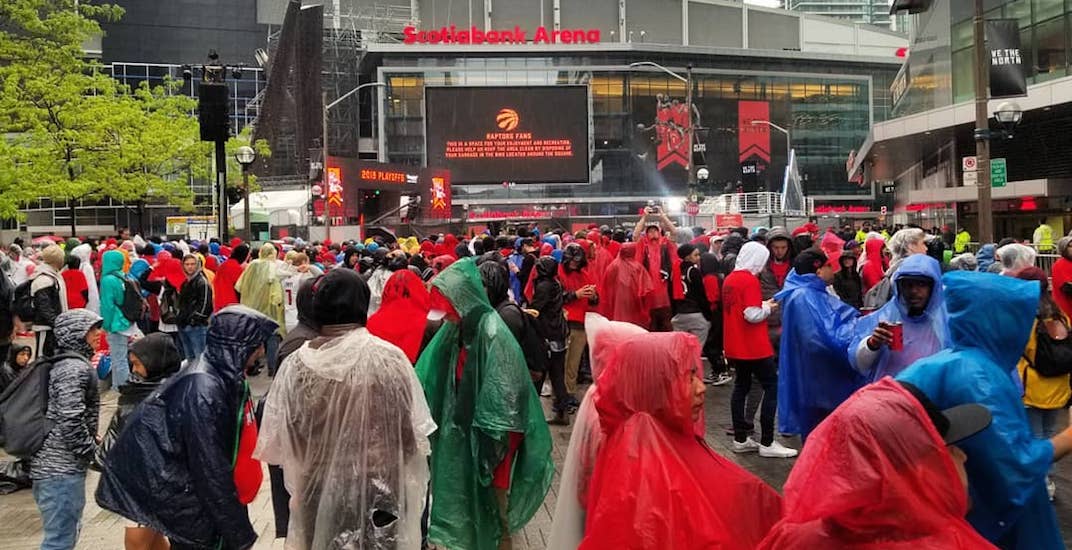 There are still three hours till game time, but the doors to Jurassic Park are nearly closed — already.

Scotiabank Arena has issued the following notice to fans:

Please note: Jurassic Park is filling up very fast and based on the size of the lines, we will be at capacity very shortly. Please begin to make alternative plans to watch Game 5 with your fellow @Raptors fans. #WeTheNorth

More than 10,000 fans are prepared to brave the rainy conditions for a chance to participate in one epic party. The Toronto Raptors can win their first-ever NBA championship with a win against the Golden State Warriors on home court. Game 5 tips off at 9 pm ET. 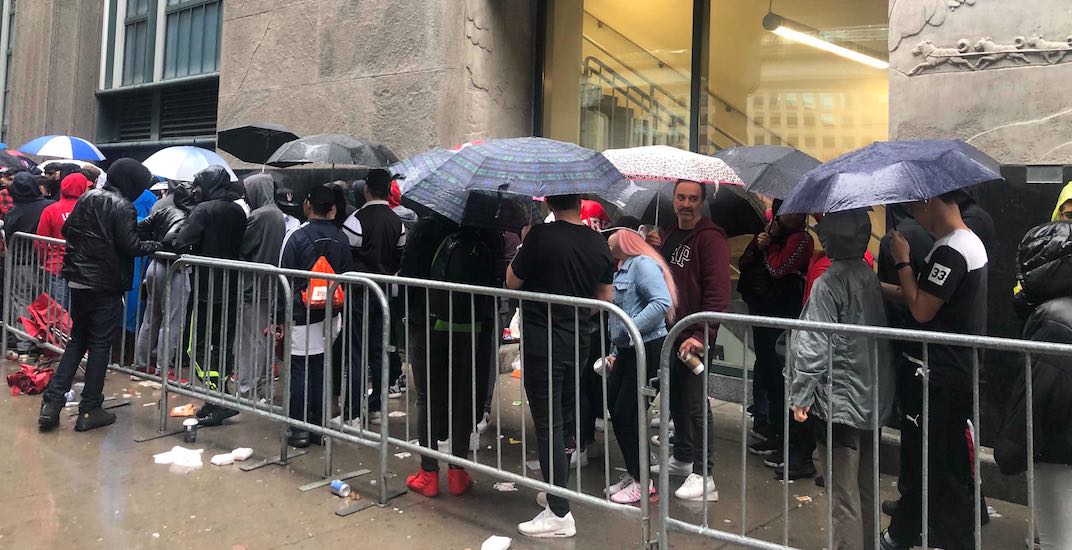 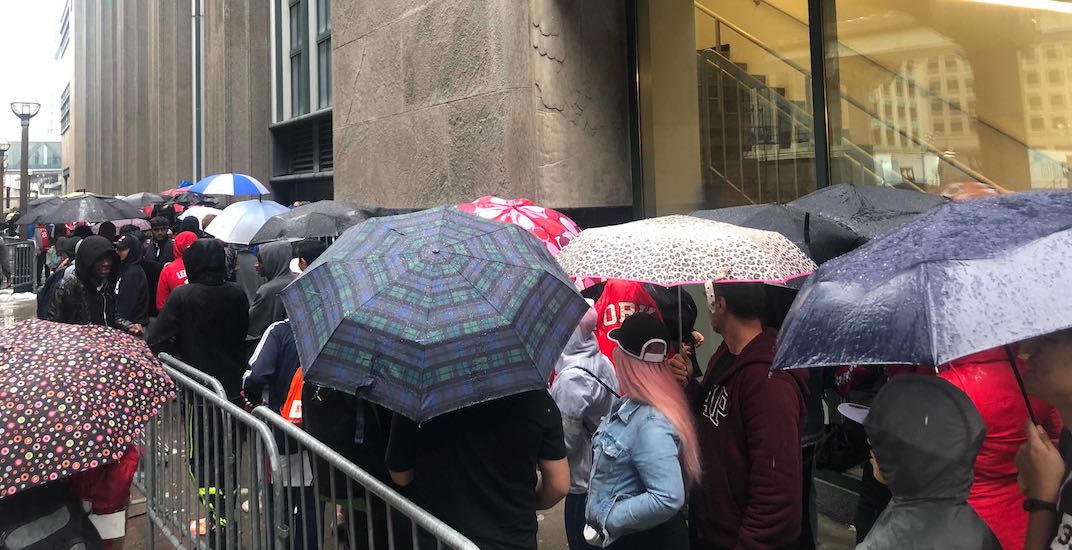 It won’t be easy though, as Kevin Durant is expected to make his first appearance of the series for Golden State.