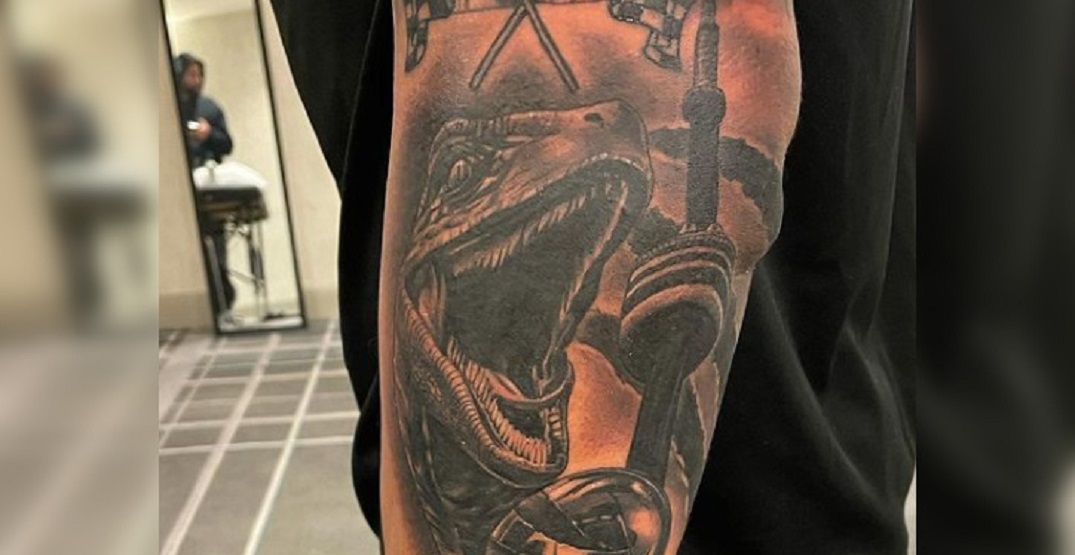 Former Toronto Raptors player Danny Green has shown love to the city in his newest tattoo.

The tattoo on Green features the CN Tower, a 3D Raptors logo and the Larry O’Brien championship trophy.

Green’s most memorable game in Toronto likely came in Game 3 of the 2019 NBA Finals against Golden State, where he dropped 18 points en route to a 123-109 win at the Warriors’ Oracle Arena to put the Raptors up 2-1 in the series.

A three-time NBA champion, Green played just one season for the Raptors after coming by way of San Antonio as part of the trade that brought Kawhi Leonard to Toronto.

Since leaving Toronto in free agency, Green has won a title with the Los Angeles Lakers in 2020 and currently plays for the Philadelphia 76ers.