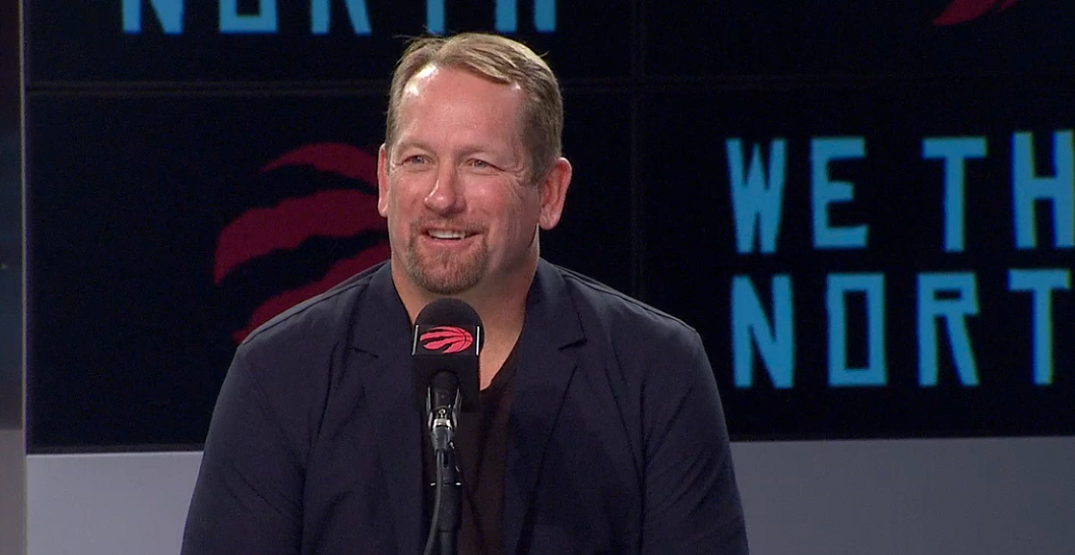 Toronto Raptors head coach Nick Nurse met with the media on Monday ahead of the team’s 2021-22 season, in his first in-person press conference appearance in Canada since February 2020.

Nurse gave all the answers you’d expect about his excitement for returning to Canada after spending a season playing the team’s home games in Tampa, Florida.

“It feels really good,” Nurse said on returning home. “I don’t really know what to say other than [we’re] way more comfortable.”

But one of the hot topics of discussion for Nurse was the role of rookie forward Scottie Barnes, the team’s fourth overall pick in this past year’s NBA draft. Barnes came as a bit of a shock draft pick to a fanbase that was expecting the team to take Gonzaga guard Jalen Suggs.

Nurse didn’t waver on his support for the 20-year-old, though, who’s endeared himself to the fanbase with his eagerness to play in Toronto.

“First of all, his role is going to be huge,” Nurse said. “I’m sitting here from day one to give him as many minutes and reps and all those things that he can handle. His impact of defending, rebounding, running… his spirit and enthusiasm, size… all that stuff gets him in the mix, early and often. And he’ll stay in there, often [late in close games].”

The Raptors coach added that Barnes’ jump shot has “really improved” since being drafted, which has been the most-referenced point of improvement in virtually every scouting report about Barnes.

“Obviously we’ve worked on shooting right away from day one,” Nurse said. “The mechanics look really good, you know, and it just takes a little time to get super comfortable and get those mechanics on kind of autopilot.”

Raptors forward Pascal Siakam couldn’t help but laugh when chatting about Barnes’ energy around the team facilities so far.

“I was in practice… and I was walking down the hallway, and he was wanting to give me one of those high jumps like we do in the game. I’m just walking and it’s like someone hit a game winner,” Siakam said. “I think he’s just an excited kid, and he’s exciting to be around, and he just has a great presence about him.”

What position exactly Barnes plays and how many minutes he gets on the new-look Raptors is yet to be decided.

“We’ll keep working at the scoring, figure out where we can get him the ball and where he can get some chances and things like that and go from there, but he looks great to me,” Nurse said.

Nick Nurse even added that he’d been taking a look at over/under projections and power rankings that had projected the Raptors to miss the playoffs.

“I’ve never really approached the season with thoughts other than trying to win and win big… There’s gotta be a way, and we’ll figure it out,” Nurse said. “I expect the team to win.”