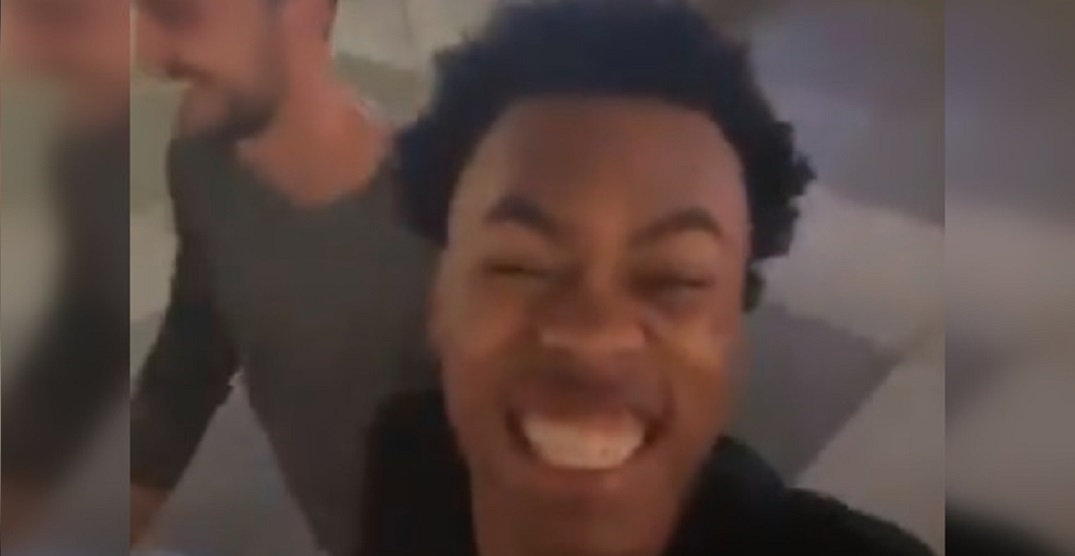 Toronto Raptors 2021 first-round draft pick Scottie Barnes has been endearing himself to fans the moment since he joined the organization earlier this summer.

While his selection at fourth overall came as a shock to many Raptors fans who were expecting the team to take Gonzaga’s Jalen Suggs, the Florida State prospect has quickly warmed himself up to Toronto’s fanbase with an energetic personality on and off the court.

Barnes recently arrived in Toronto for the upcoming NBA season and last night he took to Instagram live to walk around Toronto’s financial district with his new teammates.

Barnes, Goran Dragic, Sam Dekker, Freddie Gillespie, and Ishmail Wainwright wandered through the streets of Toronto and appeared to be having a blast.

While Gillespie played 20 games for the Raptors last year, starting twice, all of the rest of the crew are in their first year in the Raptors organization.

About 2,500 fans were tuned into the live feed.

Barnes confirmed that it really was Dragic with him, who posted yesterday about his excitement about coming to the Raptors after stating earlier this summer to a Slovenian news source that Toronto was not his “preferred destination.”

Meanwhile, Dekker broke the news that Barnes will be making an appearance at Friday’s Blue Jays game.

“Scottie is throwing the first pitch at the Jays game on Friday, he’s working on his arm,” Dekker said about Barnes.

Scottie was unsure if he was allowed to reveal that he’d be throwing the first pitch at the Jays game this Friday so he got Sam to say it lol pic.twitter.com/E6MvAUU3RJ

Raptors fans loved the candid nature of the livestream.

Scottie is a one man team building exercise

This dude is quickly becoming my favourite player in the league 😂 https://t.co/gV40ZG8i9b