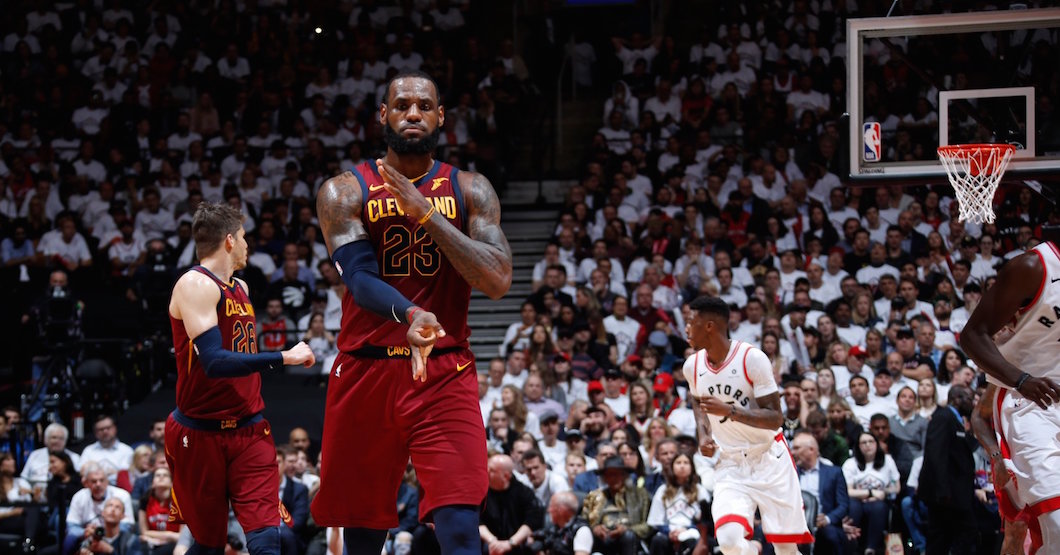 When LeBron James is on his game, you have to be perfect to have a chance.

Despite holding the lead heading into the second half, the Raptors simply couldn’t contain James and the Cleveland Cavaliers in a 128-110 Game 2 loss.

LeBron had a monster night, putting up 43 points, 8 rebounds and 14 assists while shooting a ridiculous 67.9% in the game. He led the charge for the Cavs in the second half where they outscored the Raptors by 20 points.

The Raps weren’t great in this game, especially on the defensive end. But in their defence, there’s not a whole lot you can do when James and Kevin Love are both on their game.

Love and James combined for 74 points. The Raptors simply couldn’t match that.

DeMar DeRozan led the team with 24 points while Kyle Lowry had 21. That combines for 45 points; 29 less than the Cavs big two.

That’s not to blame Lowry and DeRozan, asking them to match the best player in the world is not easy.

The loss puts the Raptors in a tough spot, now trailing 2-0 to the Cavaliers and heading to Cleveland for the next two games.

To avoid losing to the Cavs for a third straight year, the Raptors will need to do on the road what they couldn’t do at home.